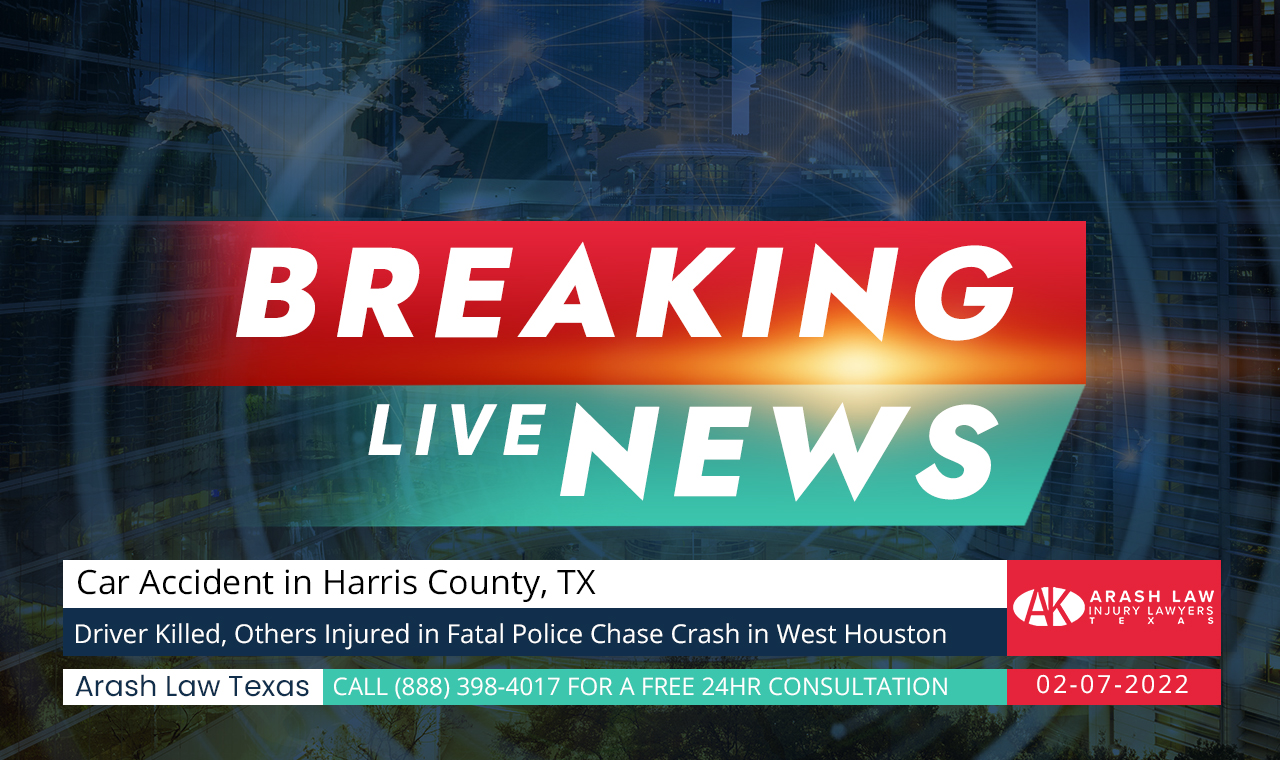 According to the local authorities, an innocent man was killed when his car was hit by a chase suspect overnight in west Houston on Monday, February 7, 2022. 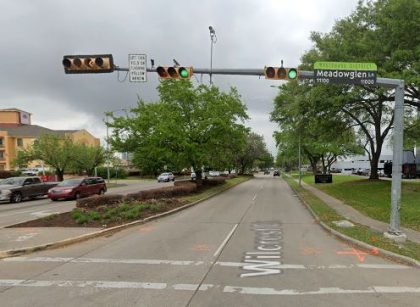 The police reported the fatal two-vehicle crash occurred around 12:15 a.m. at the Wilcrest and Meadowglen intersection.

The officer turned on his lights and walked up to the vehicle at a nearby gas station.

That’s when the suspect took off down Richmond, then turned northbound on Wilcrest.

Officials say the officer tried to go after the suspect and had his unit’s lights activated, but he lost sight of the suspect.

Moments later, police spotted a crash involving the suspect’s vehicle at the intersection of Wilcrest and Meadowglen. An innocent driver was going eastbound through the intersection when he was hit and killed.

The 20-year-old suspect and the two people inside the vehicle with him were all taken to the hospital but are expected to make a swift recovery.

According to police, a man holding an open container was seen with the suspect and his two passengers at the gas station, and the officer was walking over to talk to that man when the suspect drove off.

Police are working to figure out what charges the suspect will face.

Sadly, car accidents have been killing and injuring people in the United States for some time now. According to the National Safety Council over 38,000 Americans lost their lives in car accidents in 2010.

Accidents caused by automobiles are a leading cause of death and severe injury in Texas. Every hour and twenty-one minutes, a person dies or is injured in a car accident in Texas.

According to the Texas Department of Transportation, more than 14,000 Texans died or were seriously injured in car accidents in 2020.

Every year, about 4.5 million people in the United States are injured or killed as a result of car accidents. It can be difficult for the loved ones of car accident victims to comprehend what they have lost.

The best way to learn about your legal options after a tragic accident is to speak with an experienced lawyer. Car accident victims should be aware of their legal rights and compensation options to avoid being taken advantage of by their insurers.

If you find yourself in a similar situation, a car accident lawyer can assist you in obtaining compensation.

Our Harris County car accident lawyers at Arash Law Texas have a long history of successfully obtaining compensation on behalf of our injured clients. Our attorneys are prepared to take on any case and provide our clients with the best possible legal representation.

The best way to ensure that your legal rights are protected is to hire an attorney as soon as possible. You can reach us by phone at (888) 398-4017 for a free consultation or by filling out our online intake form.