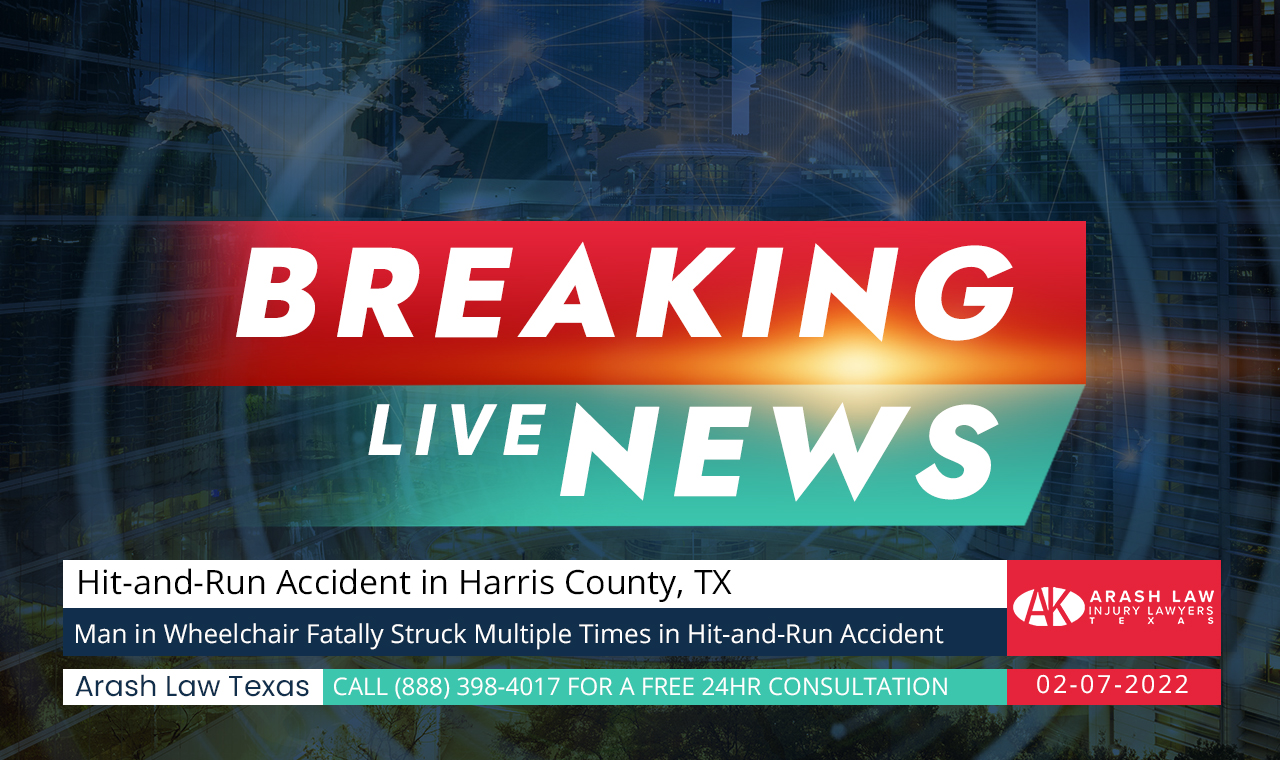 According to Sheriff Ed Gonzalez, deputies are investigating a hit-and-run crash that left a wheelchair-bound pedestrian dead in north Harris County on Monday, February 7, 2022. 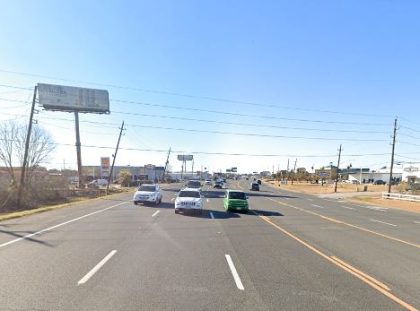 This was not at a crosswalk.

The impact flung the victim to the other side of the road, where he was struck by two more cars from oncoming traffic.

Investigators said the initial vehicle, a white car, then sped away from the scene.

Following the initial impact, the cars that struck the victim stayed at the scene.

The victim was pronounced dead at the scene.

A short time later, deputies were alerted to a call from a person saying her car had been hit.

When deputies went to investigate, the caller’s vehicle matched the car parts left behind at the hit-and-run scene.

Investigators said the woman and her car were brought back to the scene of the hit-and-run.

The suspect claimed she was not the driver involved in the hit-and-run.

Deputies said the woman is not under arrest at this time, but she is being questioned.

They added that there are no witnesses, and they are searching for any surveillance video of the incident.

Increased traffic accidents are a result of the heightened holiday traveler traffic volume.

The holidays were the busiest time of year for DPS troopers, with more calls for service than any other.

When it comes to holiday driving, HelpAdvisor has ranked Texas as one of the most dangerous states. Car accidents caused by drunk driving or texting while driving claimed the lives of many Texans between 2015 and 2020.

Texas now has the eighth-highest number of fatalities from hit-and-runs as a result of an increase in the state. Between 2015 and 2016, Texas saw a 31% increase in fatal hit-and-runs.

A hit-and-run accident is certain to have a devastating effect on the family and friends of the deceased. Those who aren’t aware of the risks may be taken advantage of by insurance companies. A car accident lawyer’s services can help you in a number of ways.

Accident victims and their families are entitled to compensation from the driver who fled the scene. You need Arash Law Texas by your side to get the compensation you deserve.

Hit-and-run cases can be won or lost with the help of an experienced criminal defense attorney. At this point, the most important thing is to take care of one’s physical and mental well-being. Our attorneys at the Arash Law Firm are committed to defending your legal rights to the fullest extent of the law.

You can rely on our Harris County hit-and-run lawyers at Arash Law Texas for aggressive representation in your case. Our firm’s legal services have been relied upon by people who have been involved in car accidents for decades. Arash Law Texas accident attorneys can help you if you’ve been injured in a collision. Our goal is to assist those who have been hit and run. Call (888) 398-4017 for a free consultation with one of our experienced and reliable lawyers.