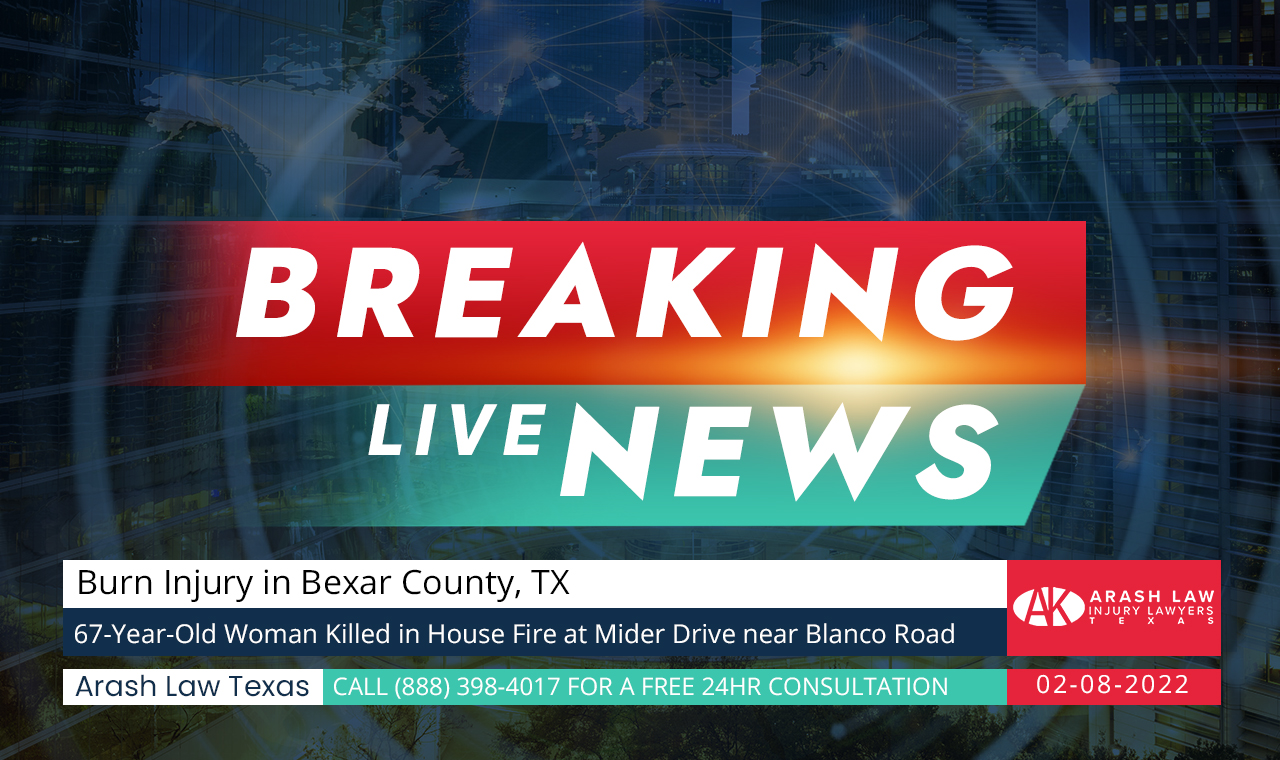 A woman has died in a massive fire on the North Side on Tuesday, February 8, 2022. 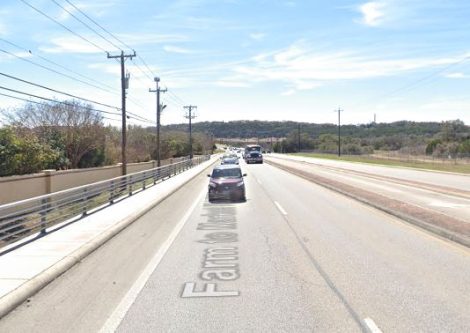 A fire broke out just after 4:30 a.m. off Mider Driver near Blanco Road.

When firefighters arrived, they found heavy smoke and fire, with the house completely engulfed in flames.

Officials said it took a long time to extinguish the flames enough for firefighters to conduct a search because of the intense fire. They discovered a 67-year-old woman in the back bedroom once they were inside.

She was pronounced dead at the scene.

With minor smoke inhalation, the woman’s husband was able to escape. He was rushed to the hospital for medical attention.

The cause of the fire is unknown, but it is believed to have started in the back bedroom.

Burn injuries and fire damage cause excruciating physical pain and suffering. CDC estimates that the US healthcare system spends $7.5 billion a year on injuries related to fire and burns. Home fires and burn injuries are the third most common cause of death in the United States.

According to projections, local fire departments in the United States are expected to put out 1.4 million fires by 2020. Three thousand people were killed, and more than 15,000 were injured in the fires. Property damage will cost an estimated $21.9 billion.

According to one estimate, in 2020, fire departments in the United States responded to calls every 23 seconds. Every 89 seconds, three people lose their lives, and three more are injured in house fires.

A burn injury can have a lasting impact on a person’s life. It’s common for burn victims to face a large medical bill if they require extensive treatment like hospitalization or surgery or skin grafting. For both physical and emotional pain and suffering, this can lead to a decrease in earning potential.

It is imperative that you take preventative measures to ensure the safety of those you hold dear. Regardless of what your insurance company and its representatives say, your pain and suffering will not be compensated. You and your family will be unable to rely on medical care and compensation for the rest of your lives.

In order to bring a personal injury lawsuit over your burn injuries, you must be able to prove that they were caused by the negligence or inaction of another party. It is possible for a person to inflict a burn injury on themselves.
Individualized attention and tenacious representation are the hallmarks of our Bexar County burn injury lawyers at Arash Law Texas.

Free consultations are available at (888) 398-4017 for anyone who was injured in a fire, explosion, or blowout. We can help you get the compensation that is rightfully yours. You don’t have to pay us anything until we win.