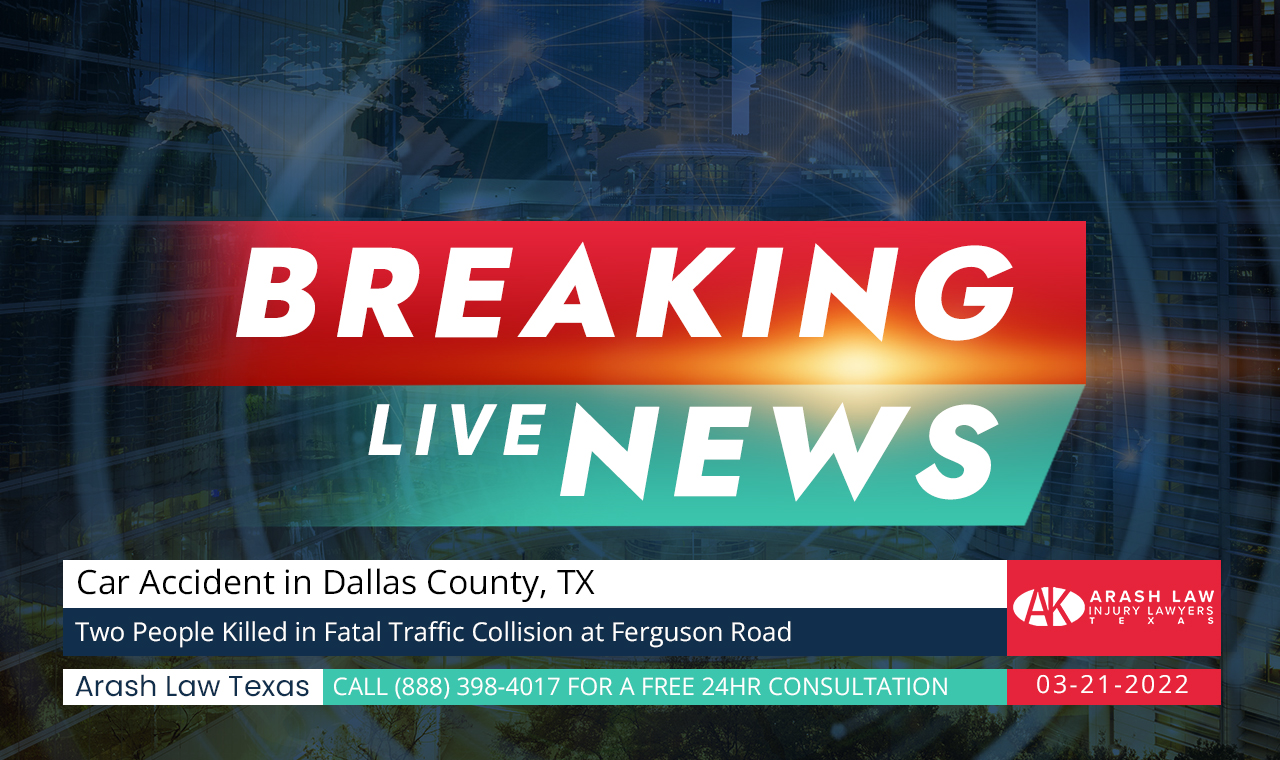 Deputies say two unidentified people were killed in a crash that shut down I-30 in Dallas early Monday morning, March 21, 2022. 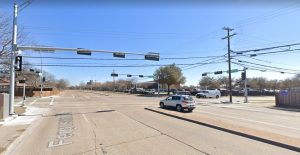 According to the Dallas County Sheriff’s Department, the crash happened around 2:20 a.m. in the eastbound lanes of I-30 at Ferguson Road.

According to the video from the scene, on the highway, at least two vehicles had extensive damage.

According to the sheriff’s department, witnesses said a Chevrolet Trax was stopped in the left-center lane of eastbound I-30 with its hazard lights.

A Chevrolet Tahoe collided with the Trax from behind, causing it to veer to the right median.

The Tahoe continued eastbound and collided with an HOV zipper wall before coming to a halt.

The Tahoe’s driver was taken to Baylor Medical Center in Dallas in good condition.

A woman was found inside the Trax and was transported to Baylor in critical but stable condition.

When the Trax was hit, a man and woman were standing outside and were killed.

It’s unclear where they were standing at the time of the crash, but they were thrown forward and landed in the left-center lane, where they died, according to police.

For several hours overnight, eastbound I-30 was closed between the Ferguson Road exit and the Jim Miller Road exit.

Deaths and injuries from traffic accidents have been rising steadily in the United States for some time now. According to the National Safety Council, more than 38,000 people were killed in car accidents in 2010.

Car accidents cause most fatalities and serious injuries in Texas. Car accidents kill or injure someone in Texas every twenty-one minutes.

A Texas motorist loses their life in a car accident every 100 million miles. According to the 2020 projections, the percentage will rise from 1.26 to 18.94 percent.

There were over 14,000 car accidents in Texas in 2020, according to the state’s Department of Public Safety.

Accidents kill or injure an estimated 4.5 million Americans each year. Families who have lost a loved one in a car accident may find it hard to grasp the magnitude of their loss.

After a tragic accident, finding out your legal options is best done by speaking with an experienced lawyer. In order to avoid being taken advantage of by their insurers, victims of car accidents should be knowledgeable about their legal rights and compensation options available to them.

A car accident lawyer can help you get compensation if you find yourself in a similar situation.

Our Dallas County car accident lawyers at Arash Law Texas are going to do whatever it takes to win your case and recover the compensation you deserve. Our attorneys take on every case, no matter how big or small.

Hire a lawyer as soon as possible to ensure that your legal rights are not in jeopardy. For a free consultation, you can call us at (888) 398-4017 or fill out our online intake form.