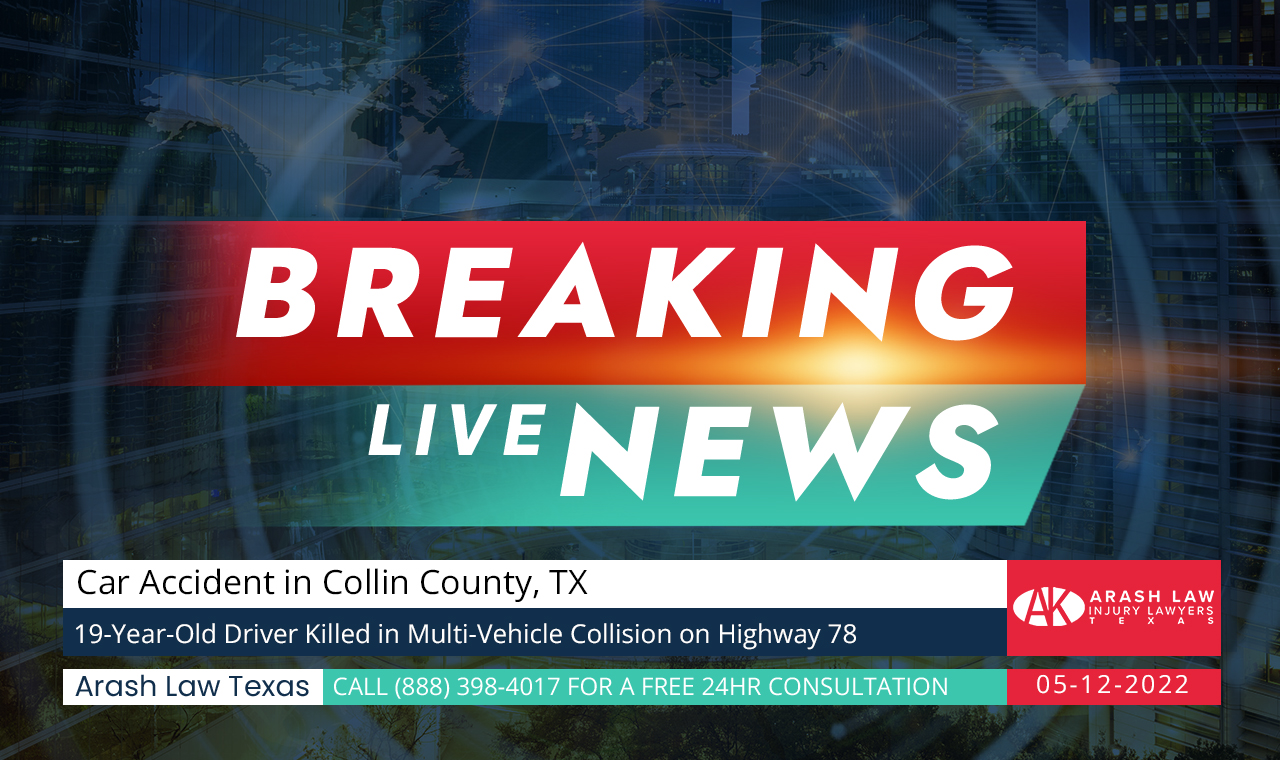 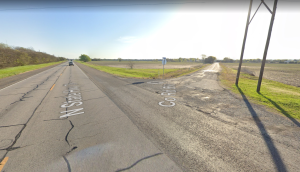 According to Farmersville Police Chief Mike Sullivan, a teenage driver was killed in a multi-vehicle crash with an 18-wheeler Wednesday, May 12, 2022.

The fatal collision happened around 1 p.m. at the intersection of Highway 78 and County Road 556.

Chief Sullivan said that there were four vehicles involved in the accident.

Three of the vehicles were going south of the highway in the following order: a semi-truck, a car, and another truck.

The car went in the northbound lanes to pass the semi-truck, but the driver then realized another semi-truck was coming at him head-on. The driver tried to go further left, but he clipped that 18-wheeler and ended up against a power pole.

The clipped semi-truck then veered into the southbound lanes, hitting the truck head-on and killing the driver. The truck driver hasn’t been named, but the Farmersville chief said he was 19.

According to Sullivan, all of the other drivers involved have been cooperating with the investigation and told the same story of what happened.

Police are still investigating the crash.

Anyone in Texas may be involved in a car accident at any time. Numerous vehicle accidents have resulted in fatalities in densely populated urban areas like Dallas, Houston, and San Antonio, Texas.

Texas is the world’s largest state in terms of population and road length. It contains some of the country’s busiest highways.

In traffic accidents in Texas, more than 3,500 people have died, and 246,000 have been injured. A fatal multi-vehicle accident occurred at this location.

A multi-vehicle accident occurs when three or more vehicles collide on the road. When one vehicle collides with another, a “chain reaction” occurs.

Sudden death in a fatal multi-vehicle accident is excruciatingly painful and frustrating. While the official investigation is underway, the victim’s family may retain legal counsel to pursue a wrongful death claim.

Repairing a car accident can be very costly. However, it would be preferable if you were not forced to foot the bill due to someone else’s negligence. Insurance companies, unfortunately, regularly undervalue claims. As a result, it would be advantageous to retain the services of an experienced attorney.

Attorneys can assist with medical costs, funeral costs, the victim’s family’s grief and suffering, money that a deceased person would have earned during their lifetime, and loss of companionship.

Collin County car accident lawyers at Arash Law Texas have handled thousands of injury and wrongful death cases and helped their clients recover millions of dollars. Our legal team consists of a diverse group of experts, ranging from personal injury attorneys to car accident attorneys, all of whom are ready to fight for you.

To schedule a consultation with one of our experienced personal injury attorneys, call (888) 398-4017 for a free case evaluation, or fill out the form below. We don’t have any contracts or fees upfront, and we’re ready to fight for you and your family. The insurance industry does not support you, despite its size and influence. Allow us to handle your conflicts.