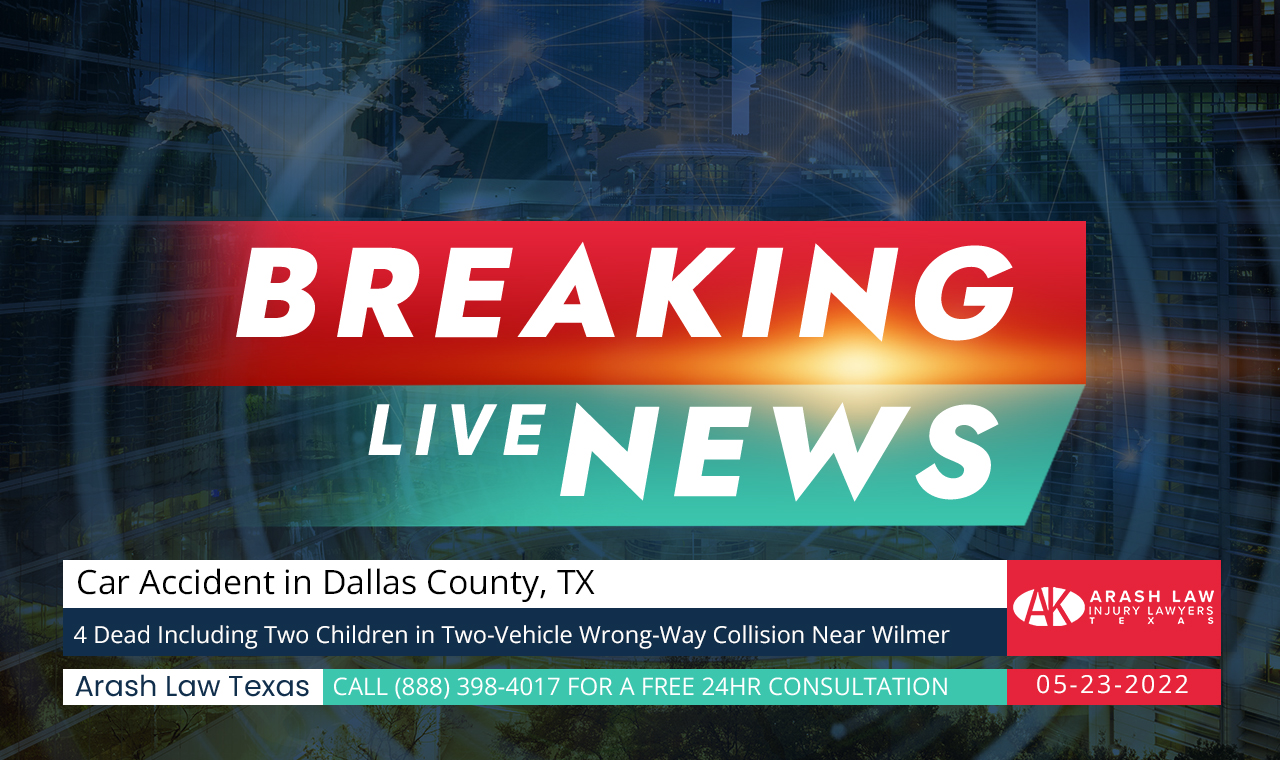 The police in North Texas are investigating a two-vehicle wrong-way crash that killed four people, including two children, on Interstate-45 Monday, May 23, 2022 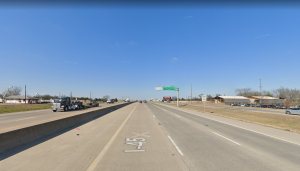 The fatal collision transpired around midnight on I-45 in Dallas County near Wilmer.

A wrong-way driver was reported to police heading north in the southbound lanes of I-45, driving without headlights in the total darkness last night.

Ferris Police attempted to track down the vehicle and even alerted Wilmer Police, but it was too late.
On I-45, that wrong-way driver collided with another vehicle.

In one vehicle, a woman and two children were killed.

A man in the other vehicle was killed, and two children in that vehicle were taken to the hospital with “non-critical” injuries, according to police.

Police are currently unable to confirm which vehicle was driving in the wrong direction.

Both of the drivers have died.

The wrong-way driver was said to be in a red vehicle when police arrived, but both vehicles on the scene were red.

Police are still sorting through the evidence while notifying families.

I-45 was closed for several hours while police investigated the incident.

Wilmer police are leading the investigation.

Texas is a popular travel destination because it has some of the busiest interstate highways in the United States. As a result, Texas has the highest annual rate of car accidents.

Whiplash, neck and back pain, headaches and migraines, soft tissue injuries, lacerations, and broken bones are common after car accidents.

Every day, even if we aren’t aware of it, we put ourselves in danger while driving. The timing of a car accident can be difficult to predict. Inattentive drivers are among the tens of thousands of motorists who travel the United States’ highways every day.

You’ll be faced with high medical bills, debilitating pain, and possibly months of lost income if you’re seriously injured in a car accident. Once your personal injury claim is settled, you won’t have to worry about your financial obligations.

Our Arash Law Texas car accident lawyers in Dallas County are all highly qualified, compassionate, and aware of your current situation. If you’ve been in a car accident, we’re here to help. Call (888) 398-4017 for a free case evaluation or to make an appointment with an experienced personal injury lawyer.