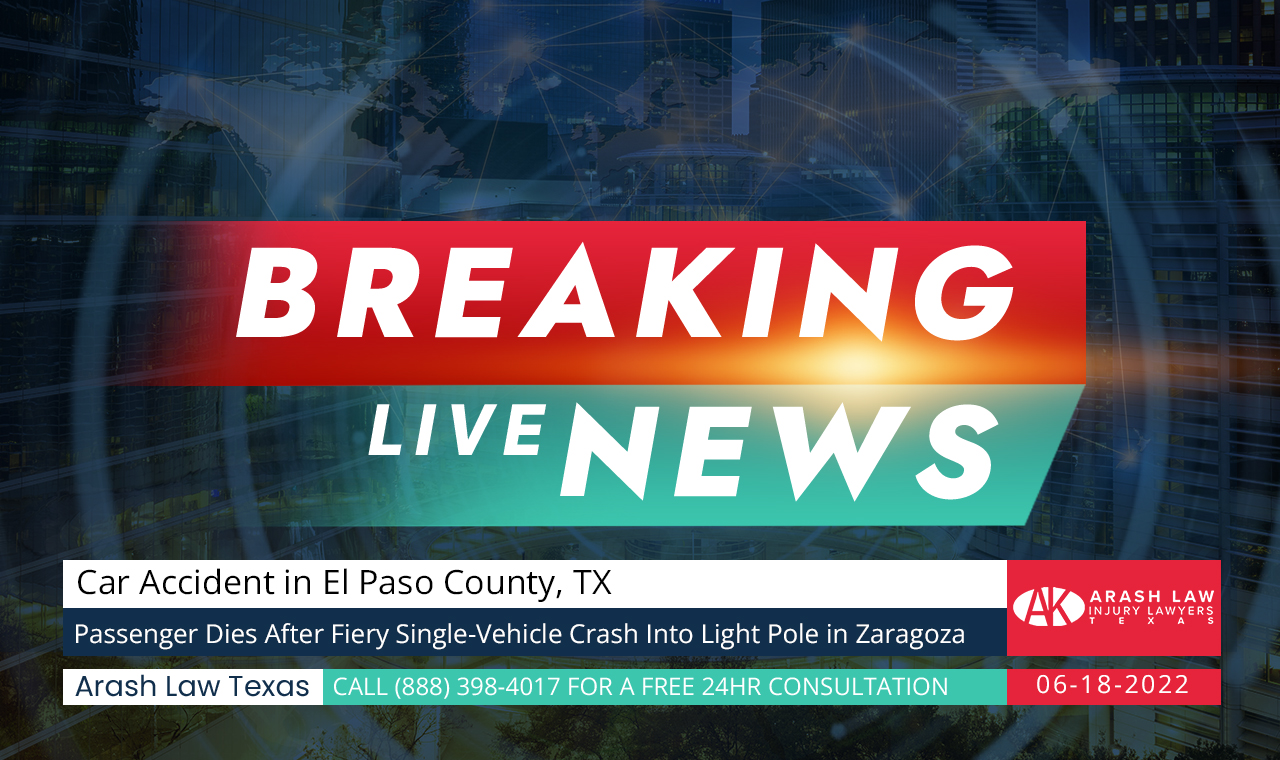 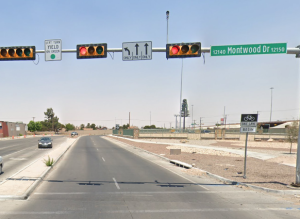 A passenger died after a fiery crash into a light pole in east El Paso Saturday, June 18, 2022.

According to the Police, the crash happened just after 12:30 a.m. in Montwood and Zaragoza intersection.

According to Special Traffic Investigators, Kederick B., 23, of northeast El Paso, was driving a Nissan Altima northbound on Zaragoza and was traveling at a high rate of speed as he approached the curved intersection of Montwood.

According to the police, Brooks could not make the turn, crashed into a light pole, and the car caught fire.

The El Paso Fire Department extricated Brooks and his companion from the vehicle, and they were then taken to the hospital for treatment.

The unknown passenger suffered fatal injuries and passed away.

STI says that while they are still investigating, speed played a role in the collision.

Single-vehicle run-off-road accidents killed 1,172 people in 2019. This was responsible for 32.35 % of all traffic deaths in 2019. Every two hours and 20 minutes, one person is killed on Texas roads, and nearly two people are injured. Single-vehicle collisions also occurred frequently in 2017. There were 1,311 deaths in these collisions, which accounted for 35% of all collisions. In 2017, 1.37 fatalities per 100 million vehicle miles traveled on Texas highways.

When another person is negligent and causes a car accident, those hurt can file a personal injury claim against the at-fault party or their insurance company. If you are in this situation, don’t hesitate to contact our experienced Arash Law’s El Paso County Car accident lawyers. Our dedicated team will treat you with the respect and compassion you deserve.