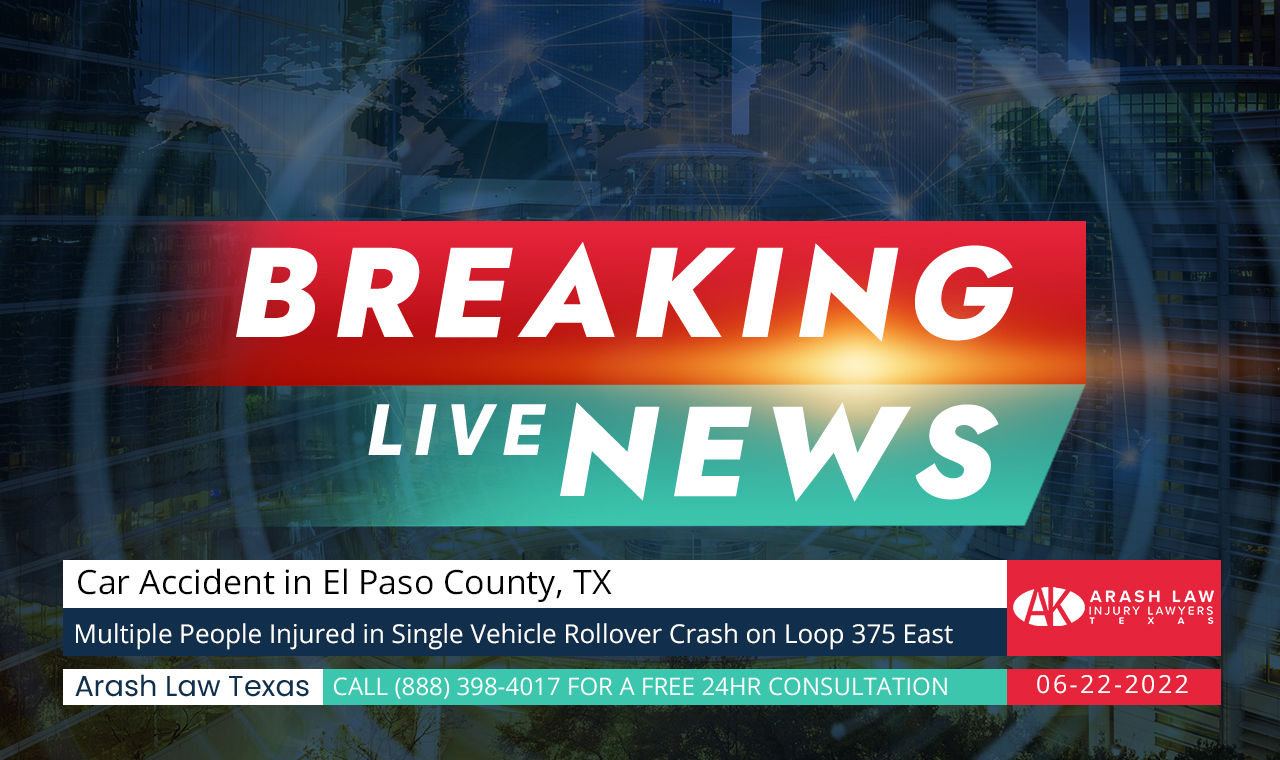 According to DPS, multiple people were injured in a rollover crash on the Border Highway Wednesday morning.

The crash occurred before 8:00 a.m. along the Padres entrance ramp off Loop 375 East.

According to the Texas Department of Public Safety, authorities were in pursuit of a red SUV before the SUV rolled over in the eastbound lanes.

Border Patrol and Texas DPS vehicles were at the scene.

Officials from the Border Patrol claimed that the accident involved migrants.

According to El Paso Fire, six people were transported to the hospital; five had minor injuries, and one had critical ones.

The red SUV was the target of a traffic stop by Texas DPS.

The Border Patrol reported that no fatalities occurred.

Investigations into the crash are still ongoing.

Car accidents are by far the most frequent on Texas highways. The Texas Department of Transportation (TxDOT) statistics show that although many of these minor collisions can still be very dangerous. These kinds of mishaps can occasionally be fatal. The Texas Department of Transportation (TxDOT) reports 1.37 fatalities for every 100 million vehicle miles driven on Texas highways in 2017. Even though this figure seems concerning, it is lower than the 2.14 deaths per 100 million in 2016.

1,172 people were killed in single-vehicle run-off-road accidents in 2019. In 2019, this was to blame for 32.35% of all traffic fatalities. One fatality and nearly two injuries occur on Texas roads every two hours and 20 minutes. In 2017, single-vehicle collisions also happened frequently. These collisions resulted in 1,311 fatalities, 35% of all collisions. Texas highways had 1.37 fatalities for every 100 million vehicle miles in 2017.

Despite alarming, this number is lower than the 2.14 deaths per 100 million in 2016. 3,727 people died on Texas roads in 2017, a decrease from the previous year’s death toll. This is almost 4% less than the previous year. Texas highway accidents resulted in 14,282 serious injuries in 2017. In Texas, rural areas saw a disproportionately high number of fatal collisions. 1,952 people died in these accidents, or 52% of all fatal car accidents, in the state.

All states experience a fair number of traffic accidents each year. Texas, on the other hand, consistently ranks last year after year. Texas has not gone a single day since November 7, 2000, without a traffic accident. These collisions frequently result in fatalities.

Lawmakers and law enforcement organizations are always looking for new ways to lessen the number of collisions and fatalities on the roads. Various factors cause car accidents in Texas. The victims of these collisions must understand that they have the right to demand the justice and compensation they require immediately.

When another person is negligent and causes a car accident, those hurt can file a personal injury claim against the at-fault party or their insurance company. If you are in this situation, don’t hesitate to contact our experienced Arash Law’s El Paso County Car accident lawyers. Our dedicated team will treat you with the respect and compassion you deserve.