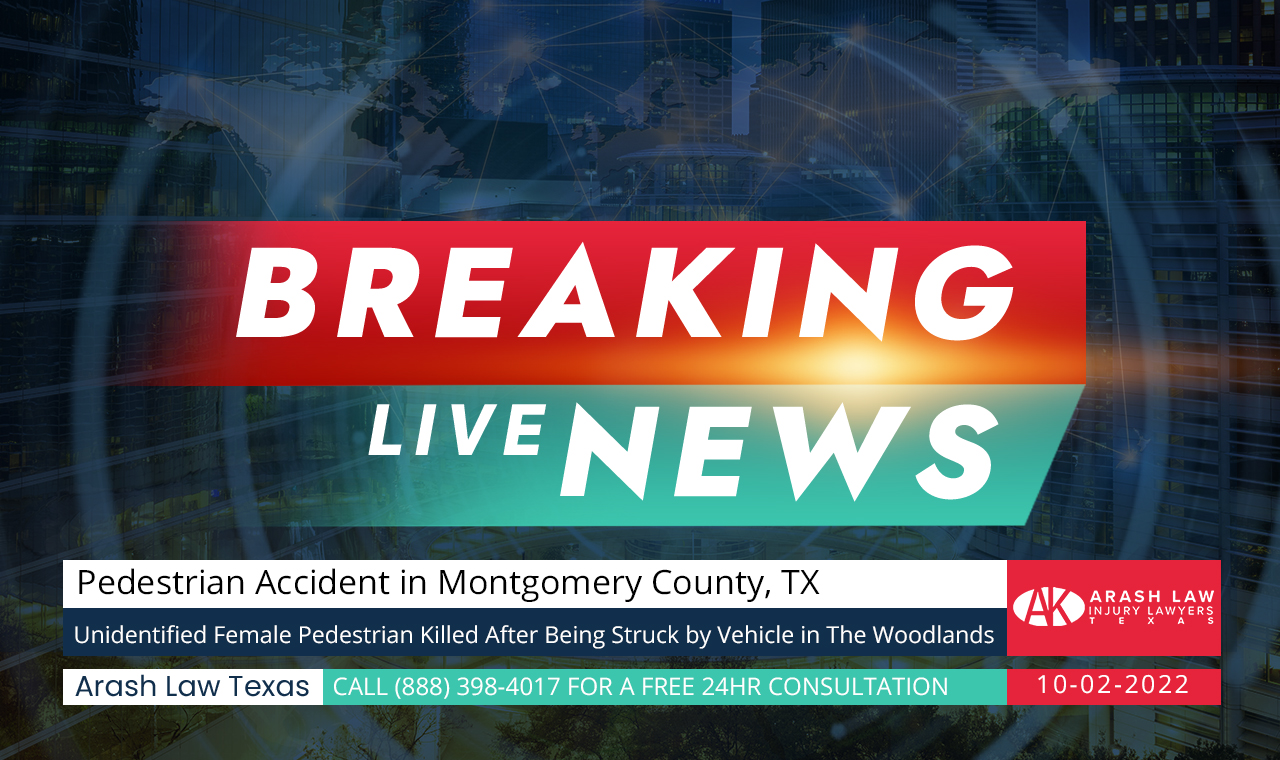 [10-02-2022] Montgomery County, TX – Unidentified Female Pedestrian Killed After Being Struck by Vehicle in The Woodlands 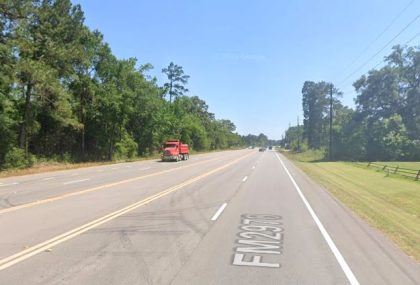 According to the authorities, a pedestrian woman was fatally struck and died after being struck by a vehicle in The Woodlands on Sunday night, October 3, 2022.

According to the Montgomery County Sheriff’s deputies, the deadly collision transpired at 8:15 p.m. on FM 2978 in The Woodlands.

The victim was reportedly crossing the street to get to her apartment when she was struck by a car, according to the police.

The pedestrian was leaving her job at Gringo’s Mexican Restaurant when she was struck by a Ford Fusion that was traveling northbound on FM 2978, according to the deputies of the Montgomery County Sheriff’s Office.

Although firefighters and paramedics from Magnolia attempted to save the victim’s life, she was pronounced dead at the scene of the accident.

The female driver stayed at the scene and did not indicate that she was impaired. There has been no information provided regarding any potential charges.

The investigation into the car crash is still going on at this point.

The National Highway Traffic Safety Administration says that 5,900 people died on foot in the United States in 2016. Texas has the most pedestrian deaths per person than any other state.

In 2013, 1,211 pedestrians were seriously hurt in accidents, and 731 died. Many accidents happen in Texas because drivers and pedestrians don’t give way when they should.

People often get killed or hurt when drivers don’t let people crossing the street illegally have the right of way. Alcoholism and depression are often linked to each other.

Every year, many pedestrians die because safety measures aren’t good enough. When a pedestrian is killed in an accident, the victim’s family will need a lawyer to get money for their loss.

So, it is very important to hire a lawyer with a lot of experience. If a lawyer is helping with an insurance claim, it is more likely to be fair.

At Arash Law Texas, our Montgomery County pedestrian accident lawyers are ready to help you. Over the years, we have often won lawsuits for our clients and their loved ones. Call us at (888) 398-4017, and one of our experienced lawyers will talk to you for free.