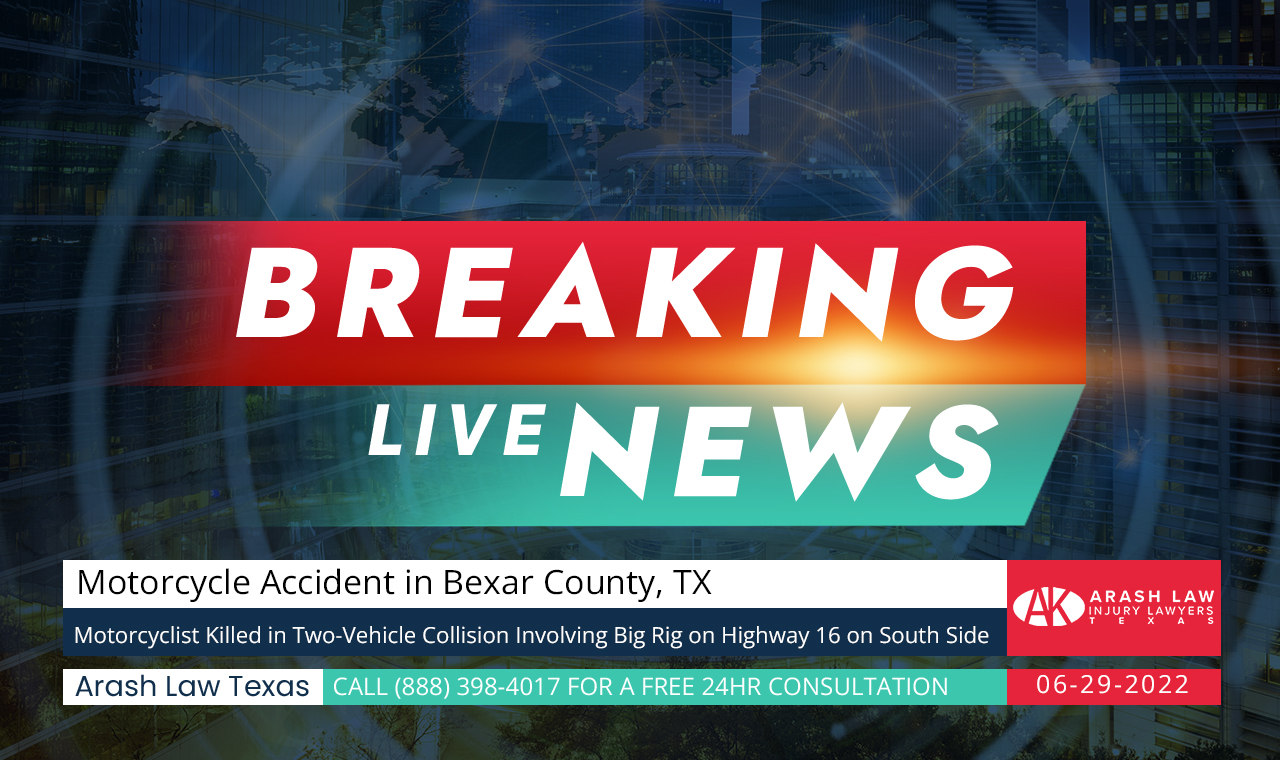 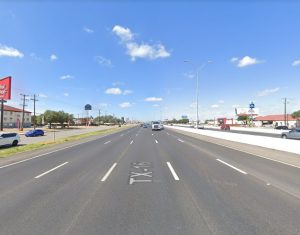 According to San Antonio police, a motorcyclist was killed after he was hit by a big rig on Highway 16 on the South Side Wednesday morning, June 29, 2022.

According to the police, the crash occurred shortly after 6:00 a.m. on the northbound lanes of Highway 16 at Southwest Loop 410.

The collision happened as the motorcyclist, 41, tried to beat the light that had turned red on the northbound lanes of Highway 16 at Southwest Loop 410, not far from Palo Alto College.

The biker crashed into the side of a big rig, turning left from the Loop 410 access road to Highway 16.

The motorcycle became lodged under the truck, and the motorcyclist was dragged through the intersection, police said.

He died at the scene, and his name has not been released.

The police are investigating the crash.

According to the Texas Department of Transportation, at least one motorcycle rider dies daily on Texas roads.

According to data from the National Highway Traffic Safety Administration, Texas has a high motorcycle-related injuries and fatalities rate.

In Texas, 412 motorcycle riders were killed, and 1,800 or more were injured in traffic accidents in 2019. Given these statistics, it’s safe to say that Texas’ highways are hazardous for motorcycle riders.

Motorcycle accidents are frequently caused by cars and trucks turning left at intersections. It will be impossible to avoid a collision if the car driver fails to yield and turns in front of the approaching motorcycle.

Motorcycle riders’ safety is routinely ignored, despite having a legal right to the road. Motorcyclists have a 25-30 times greater chance of being involved in an accident than drivers who are not used to keeping an eye out for them.

Before making any decisions about your case, always seek legal advice. Although you can file a personal injury claim on your own, working with a qualified attorney will ensure that you receive all of the compensation to which you are legally entitled.

You’ll need the help of an attorney to file your claim. Customers can have their insurance companies contact them on their behalf as an added convenience.

Arash Law knows how to fight for your financial compensation after a motorcycle accident in Texas. Our Arash Law Texas car accident lawyers can provide compassion and knowledgeable guidance to the family in their time of need.

Call (888) 398-4017 to schedule an appointment. Don’t hesitate to seek legal help and speak with one of our attorneys about your motorcycle accident case.