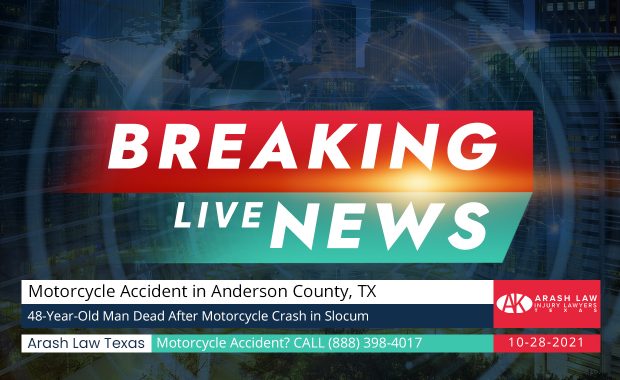 A 48-year-old man identified as Justin M. was killed in a motorcycle crash on County Road 153 on Thursday, October 28. The crash transpired about four miles southeast of Slocum on County Road 153 in Anderson County at approximately 8:45 p.m. Texas Department of Public Safety troopers were sent to the scene of the accident, according to a press release. Initial reports say that the victim was driving a 2014 Harley … END_OF_DOCUMENT_TOKEN_TO_BE_REPLACED