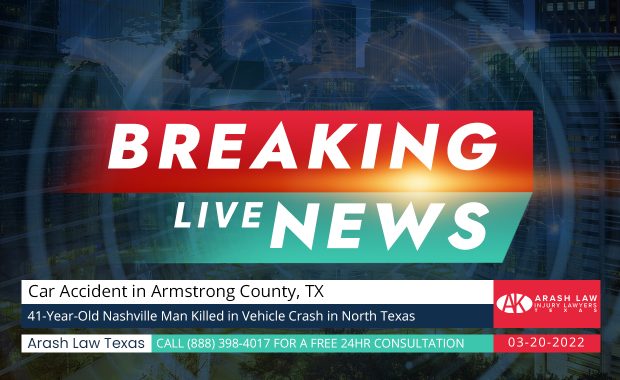 A 41-year-old Nashville man identified as Coy C. was killed in a crash in north Texas early Sunday morning, March 20. The fatal crash occurred around 1:40 a.m. on US 287 in Armstrong County. According to Texas Highway Patrol troopers, a Freightliner truck towing a semi-trailer exited a rest area and attempted to merge onto the main highway. According to authorities, the 18-wheeler's driver allegedly failed … END_OF_DOCUMENT_TOKEN_TO_BE_REPLACED