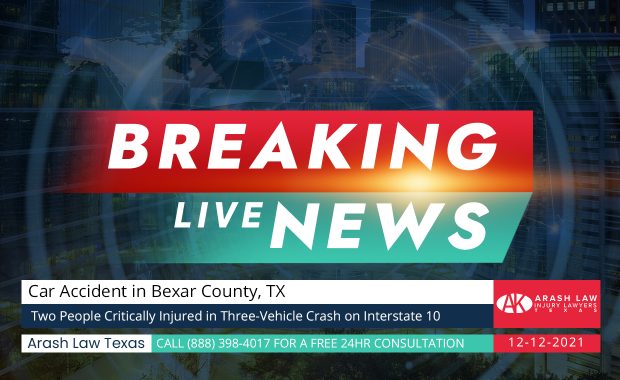 Two people were in critical condition following a three-vehicle crash on Interstate 10 on Sunday, December 12, 2021. The crash happened at about 2:27 a.m. in the 5000 block of I-10. According to San Antonio Police Department, when a Mitsubishi Mirage collided with a 2007 Nissan Sentra, the driver made a lane change. The Nissan then collided with a 2014 Toyota Camry as a result of the impact. The police … END_OF_DOCUMENT_TOKEN_TO_BE_REPLACED