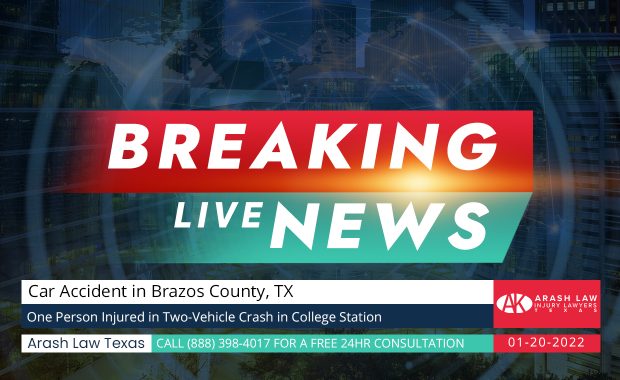 College Station police cited a driver after causing a collision in College Station, injuring an unidentified driver on Thursday morning, January 20, 2022. The two-vehicle crash happened around 6:37 a.m at Harvey Mitchell Parkway South and George Bush Drive West. A driver of an SUV heading west on George Bush Street allegedly ran a red light and collided with the left side of another car, according to … END_OF_DOCUMENT_TOKEN_TO_BE_REPLACED 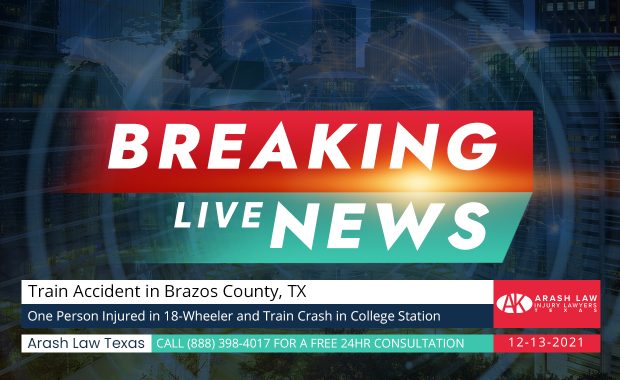 One unidentified person was injured due to a collision between a freight train and an 18-wheeler in College Station on Monday, December 13, 2021. The crash happened around 8:00 a.m. in the area of South Dowling Road crossing. The truck driver was injured but not incapacitated. He was awake and taken to a nearby hospital. Crews from Union Pacific are still on the scene, removing the truck and repairing the … END_OF_DOCUMENT_TOKEN_TO_BE_REPLACED 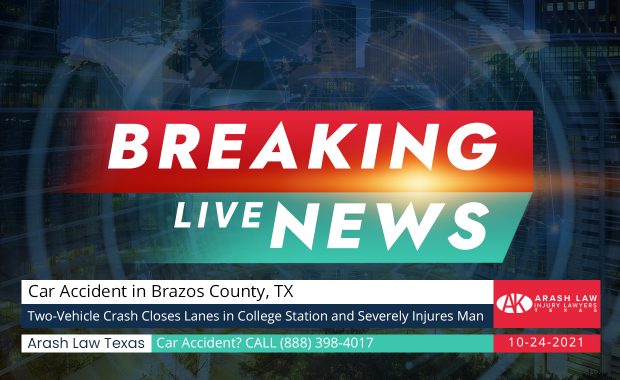 A two-vehicle collision sends one unidentified person to a hospital on a Sunday morning, October 24. The accident happened at approximately 10:30 a.m. between University Drive and Lincoln Avenue. The crash caused severe traffic buildup on the southbound lanes of Texas Avenue in College Station. The accident involved a car and a minivan that was flipped on its side. Local authorities are still investigating the … END_OF_DOCUMENT_TOKEN_TO_BE_REPLACED 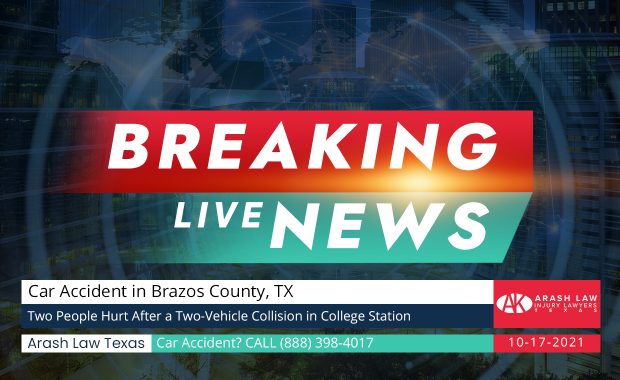 Two people were hurt after a major two-vehicle traffic collision in College Station on Sunday morning, October 17. The accident transpired at approximately 8:00 a.m. at the intersection of Wellborn Road and Balcones Drive. A pickup truck and a car collided at the intersection for unclear reasons. The circumstances leading up to the collision have not been established. Two people were seriously injured in the … END_OF_DOCUMENT_TOKEN_TO_BE_REPLACED 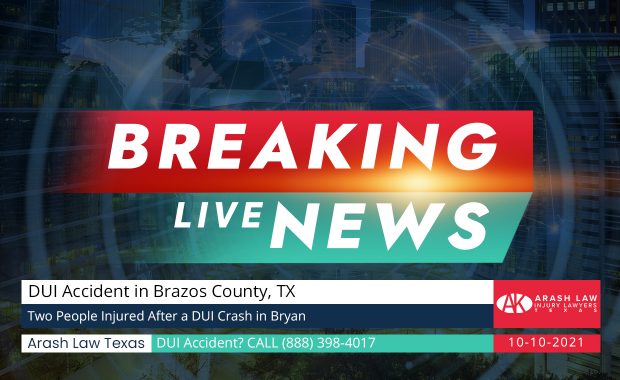 Two people were seriously hurt after getting struck by an intoxicated driver in Bryan on early Sunday morning, October 10. The accident happened at approximately 2:00 a.m. in the 4600 block of Texas Avenue, near some hotels between Hensel and Cooner Streets. Two men were reportedly attempting to cross the street when a Lincoln Navigator suddenly struck them at the intersection. The two men were immediately taken to … END_OF_DOCUMENT_TOKEN_TO_BE_REPLACED 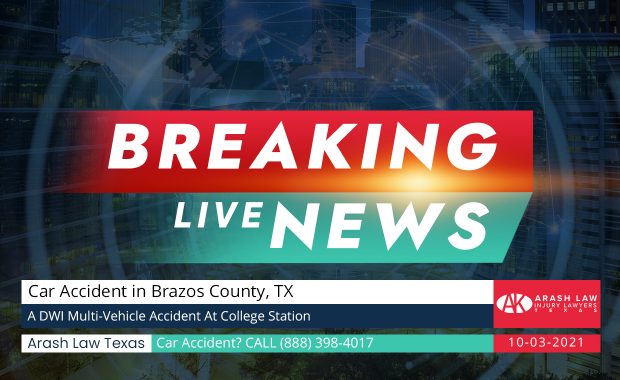 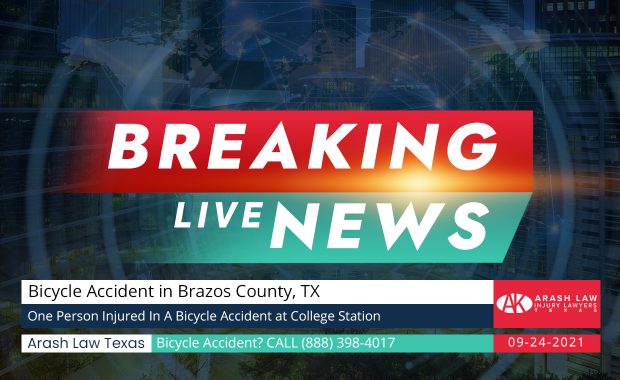 One person was injured after a bicycle accident in College Station, Texas on Thursday morning, September 24. The accident happened at the intersection of north Munson Avenue and Rose Circle at College Station. According to the police reports, a dump truck was parked in the northbound lane while a flagger was directing traffic in the southbound lane. As claimed by the flagger, the person signaled for a car to … END_OF_DOCUMENT_TOKEN_TO_BE_REPLACED