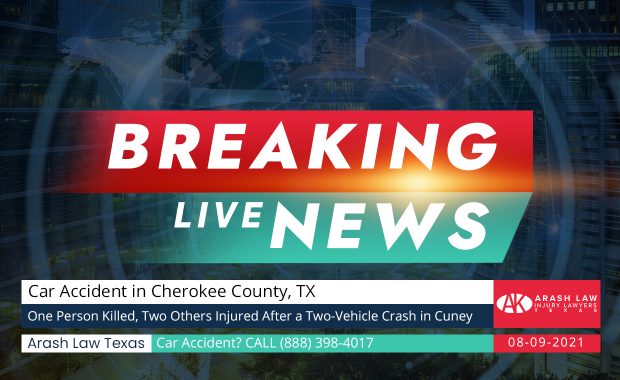 [08-09-2021] Cherokee County, TX – One Person Killed, Two Others Injured After a Two-Vehicle Crash in Cuney

A 68-year-old woman identified as Cheryl S. was killed while two others were seriously hurt after a two-vehicle crash in Cuney on Monday morning, August 9. The deadly collision occurred at around 6:12 a.m. on US-175, about 2.6 miles east of the city of Cuney. A 2007 Dodge Durango reportedly crossed over the westbound lanes for unclear reasons and collided head-on with an oncoming 2007 Ford Fiesta. A passenger … END_OF_DOCUMENT_TOKEN_TO_BE_REPLACED