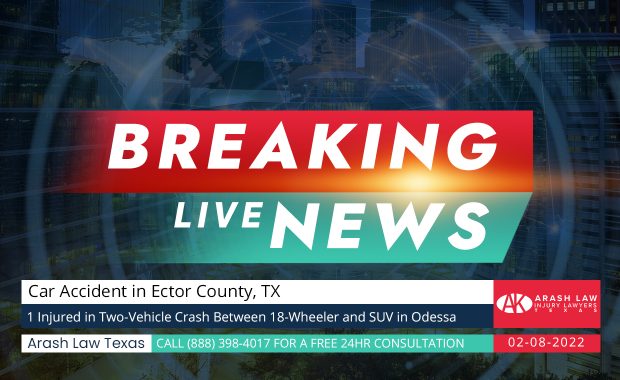 One unidentified person was injured in a two-vehicle collision in Odessa on Tuesday, February 8, 2022. The crash occurred on a Tuesday in the area of Interstate 20 and East Loop 338. According to Odessa Police, a major accident is causing issues for drivers on I-20 and East Loop 338. The crash involves an 18-wheeler and an SUV. One person has been transported to the hospital with serious … END_OF_DOCUMENT_TOKEN_TO_BE_REPLACED 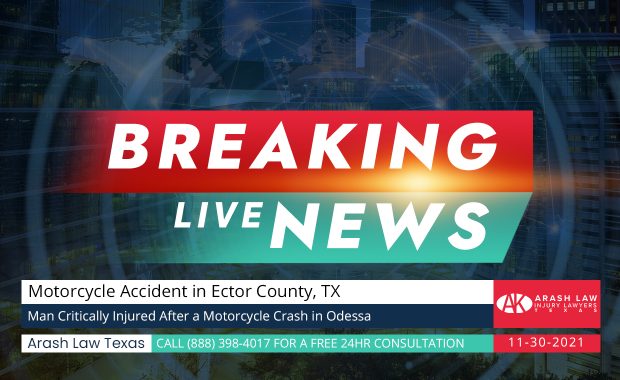 One motorcyclist was gravely injured in an accident involving a motorcycle and a truck in Odessa on Tuesday, November 30, 2021. The collision occurred around 4:00 p.m. at 43rd and Grandview. Initial reports indicate the collision involved both a motorcycle and a truck which took place in Odessa. The police detained the truck driver after giving chase to him when he reportedly fled the scene of the … END_OF_DOCUMENT_TOKEN_TO_BE_REPLACED