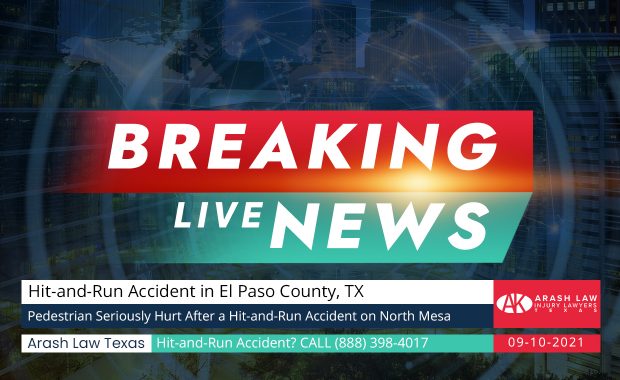 A 60-year-old man identified Alonso Lemus R. as being seriously hurt after a hit-and-run crash on North Mesa, September 10. According to the initial reports from local authorities, the crash took place in the 8000 blocks of North Mesa. The pedestrian attempted to cross the road when he was suddenly struck by a passing vehicle driving in the center lane. The driver that struck the pedestrian did not stop to render … END_OF_DOCUMENT_TOKEN_TO_BE_REPLACED