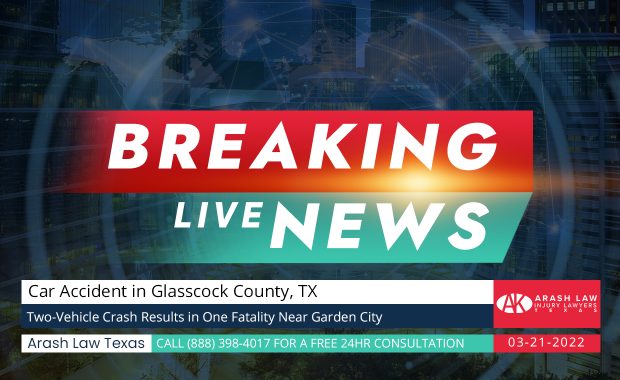 According to a recent report from the Texas Department of Public Safety, one person was killed in a two-vehicle crash on SH 137 on Monday, March 21. According to Texas DPS, the fatal crash occurred around 6:30 a.m. on SH 137, just 12 miles west of Garden City. When troopers arrived, they discovered a 2015 Chevrolet Silverado had collided with a 2016 Honda Accord. According to the Texas DPS report, … END_OF_DOCUMENT_TOKEN_TO_BE_REPLACED