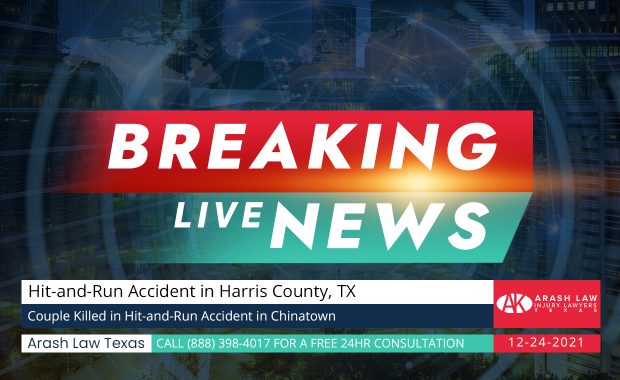 Two people, identified as 60-year-old Juan Abelino S. and 59-year-old Martha S., were killed in a hit-and-run crash in Chinatown on Christmas Eve. The fatal crash occurred at about 7:10 p.m. at eastbound Neff Street, South Gessner. Authorities have charged a 20-year-old Houston man with fleeing a deadly crash on Christmas Eve. Alessio Leonardo B. is accused of failing to stop and render aid in a fatal … END_OF_DOCUMENT_TOKEN_TO_BE_REPLACED