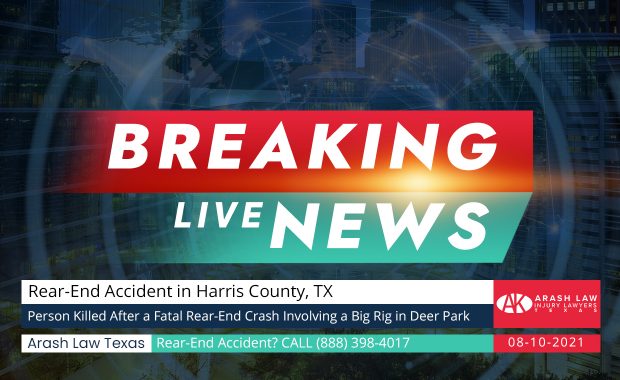 One person was killed after a fatal rear-end crash involving a parked big rig in the Deer Park area on early Tuesday morning, August 10. According to the initial reports from local authorities, the crash occurred along with State 225 in the Deer Park area. An 18-wheeler was reportedly parked at the side of the SH-225 feeder road at approximately midnight. The driver was waiting to deliver the rebar he was hauling … END_OF_DOCUMENT_TOKEN_TO_BE_REPLACED