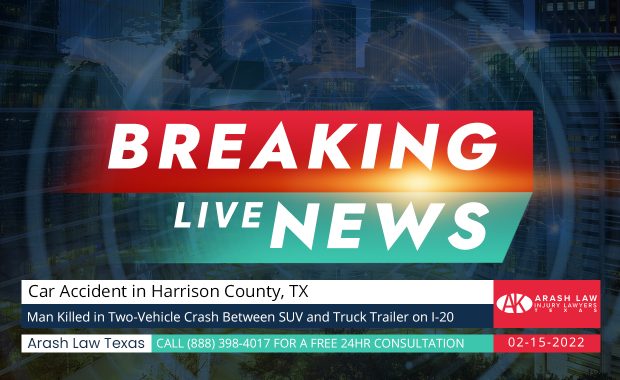 According to the Texas Department of Public Safety, 26-year-old Khalil W. was killed in a crash on Interstate 20 just west of Hallsville on Tuesday night, February 15, 2022. The fatal two-vehicle crash occurred around 8:40 p.m. at I-20, about two miles west of Hallsville. According to preliminary investigation, a truck trailer was traveling west in the outside lane when an SUV approached from behind at a high … END_OF_DOCUMENT_TOKEN_TO_BE_REPLACED