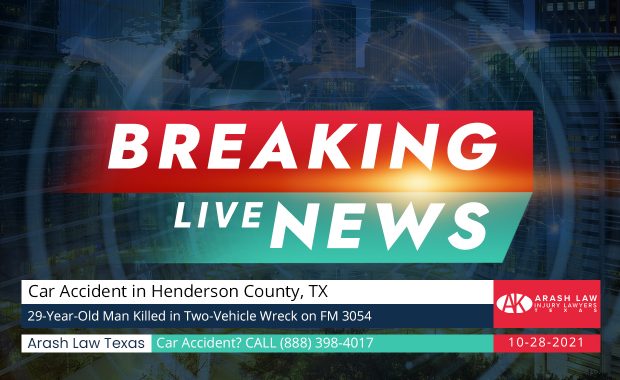 A 29-year-old man identified as Joseph J. was killed in a two-vehicle collision on Thursday, October 28, 2021. The crash occurred at 12:53 p.m., about 2.25 miles east of Log Cabin. Texas Department of Public Safety troopers were called to the scene, according to a press release. Initial reports show that the victim was driving a 2003 GMC Sierra pickup that was towing a trailer, and he was traveling east on FM 3054. … END_OF_DOCUMENT_TOKEN_TO_BE_REPLACED