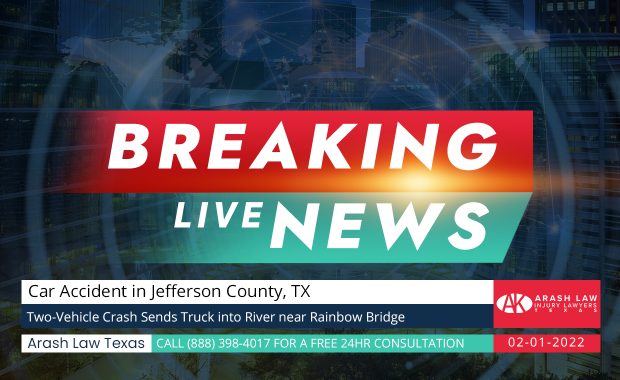 One unidentified person was pulled from a truck inside the river caused by a two-vehicle crash in Bridge City on Tuesday night, February 1, 2022. The collision happened around 7:15 p.m. along Highway 87. Bridge City Police are investigating why a car ended up in the water at the base of the Rainbow Bridge Tuesday night. First responders are at the crash scene of what appeared to be a crash involving two … END_OF_DOCUMENT_TOKEN_TO_BE_REPLACED