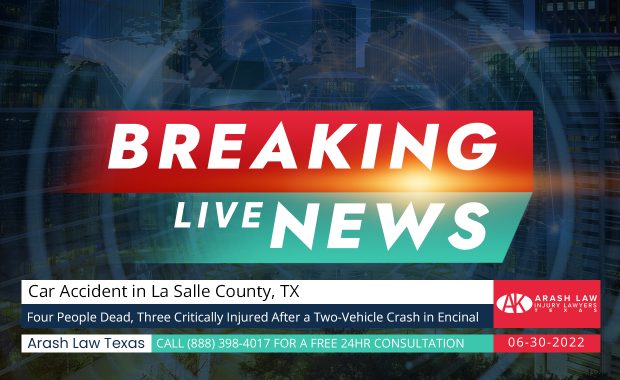 According to the Texas Department of Safety, four people died, and three were critically injured after a driver suspected of human smuggling crashed into a truck on Interstate 35 Thursday, June 30, 2022. According to the Texas DPS, the crash occurred Thursday afternoon on Interstate 35 in Encinal. According to Texas DPS, the driver suspected of human smuggling evaded law enforcement & crashed into a … END_OF_DOCUMENT_TOKEN_TO_BE_REPLACED