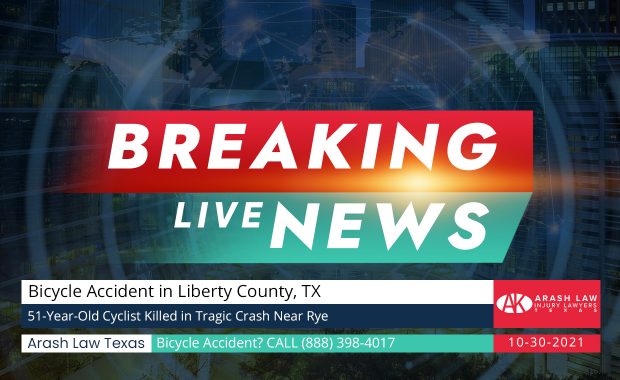 A 51-year-old bicyclist identified as Kent Joshua W. died following a crash on FM 787 on Saturday, October 30, 2021. The accident happened around 11:00 a.m. on Farm-to-Market 787, about three miles east of Rye. Initial reports show that a 2014 Ford Escape traveled east on FM 787 when the driver failed to control their speed and struck three-pedal cyclists. The Ford driver was reportedly uninjured and identified as … END_OF_DOCUMENT_TOKEN_TO_BE_REPLACED