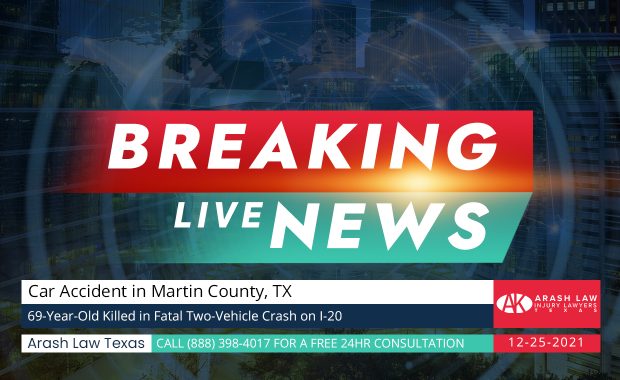 69-year-old Carlos Fuentes P. of San Antonio has been identified as the man who died in a two-vehicle crash on Interstate 20 on Christmas Day. According to preliminary reports, the fatal two-vehicle accident occurred at 1:45 p.m. on the Interstate 20 south service road. The 69-year-old driver died after his Ford F-150 pickup collided with a 2008 Peterbuilt truck tractor and trailer. According to the reports, … END_OF_DOCUMENT_TOKEN_TO_BE_REPLACED 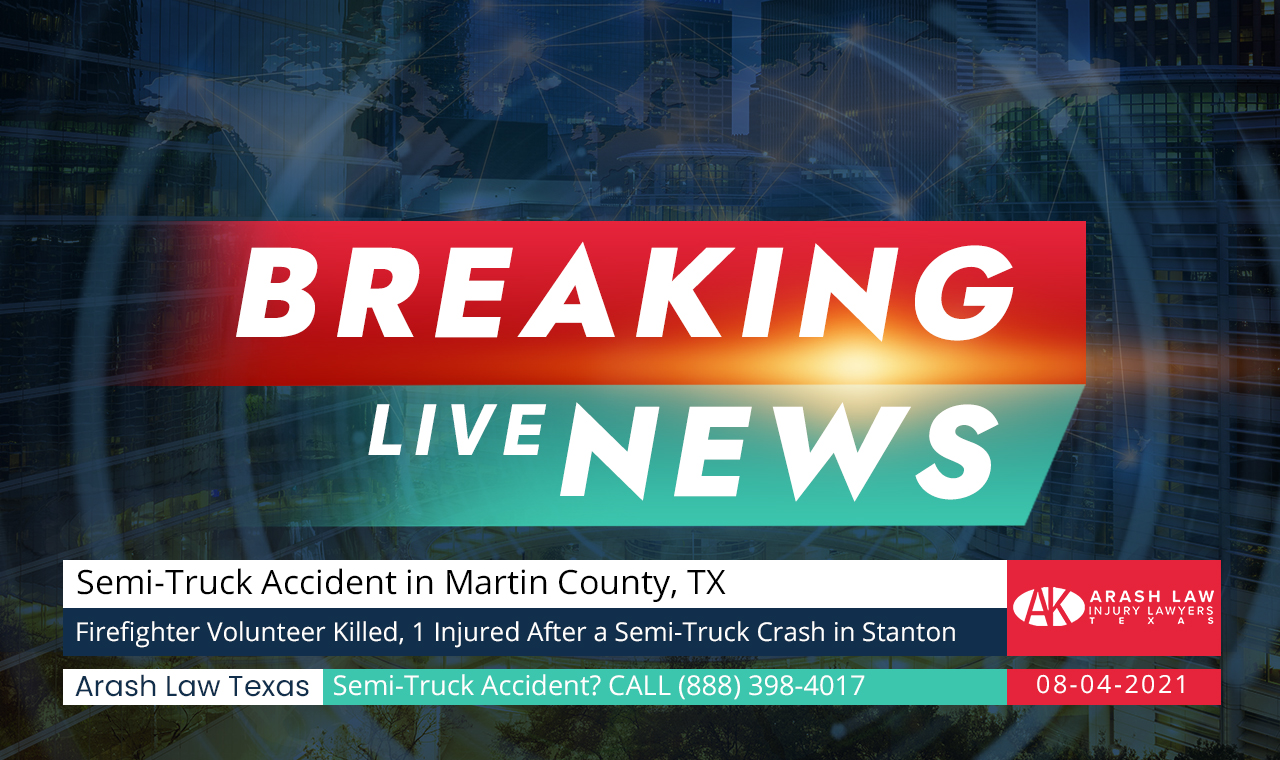 Two Stanton firefighter volunteers were involved in a major traffic collision in Stanton on Wednesday afternoon, August 4. According to the initial reports from local authorities, the deadly accident happened at approximately 5:30 p.m. on FM 829 in Stanton. The two firefighters were responding to a crash on FM 829 when, for unclear reasons, they were caught in a major traffic collision with an 18-wheeler. How the … END_OF_DOCUMENT_TOKEN_TO_BE_REPLACED