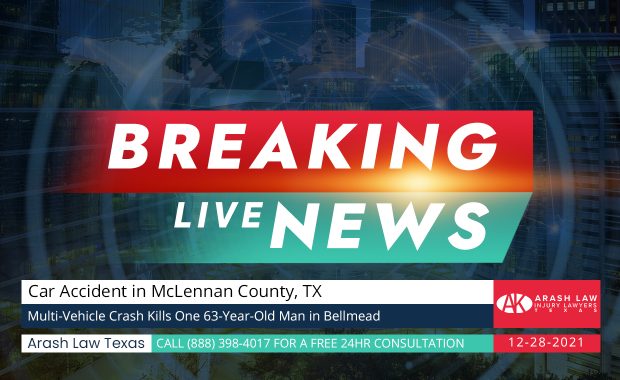 According to police officials, one man identified as 63-year-old Johnny Ray C. was killed in a fatal three-vehicle crash in Bellmead on Tuesday, December 28, 2021. The multi-vehicle crash happened around 5:45 p.m. on Loop 340 near Cove Street. A Chevy pickup driven by the 63-year-old man from Waco collided with a stopped vehicle whose driver was waiting to make a left turn. After that, the vehicle was pushed … END_OF_DOCUMENT_TOKEN_TO_BE_REPLACED