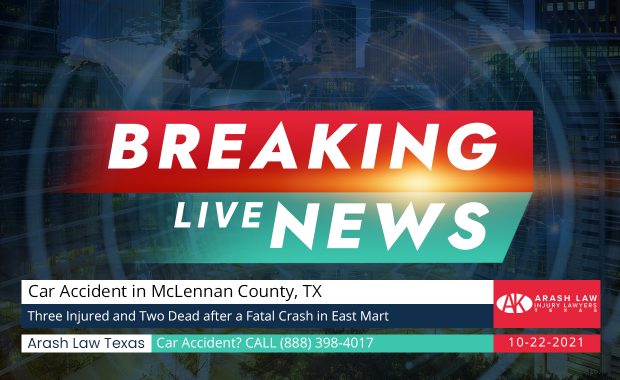 Two people identified as 19-year-old Lisandro R. and 30-year-old Israel R. from Jacksonville, lost their lives after a tragic crash on October 22, Friday. The crash occurred around 6:30 a.m. on State Highway 164, east of County Road 607, east of Mart. According to investigators, the driver - Ramirez crashed his Ford F-250 into a barrier after leaving the roadway and hitting a guardrail. Reports show that four of … END_OF_DOCUMENT_TOKEN_TO_BE_REPLACED