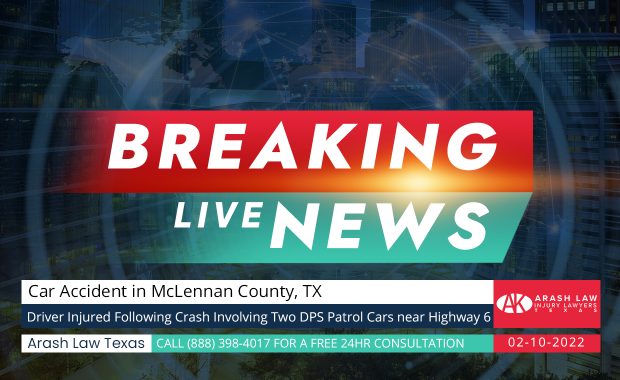 One unidentified driver was injured in a crash involving two patrol cars and a civilian car early Thursday morning, February 10, 2022. The multi-vehicle crash occurred around 12:00 midnight at the entrance ramp onto SH 164 near Highway 6. According to the DPS, a Hyundai slammed into the parked patrol units near HWY 6 after taking the entrance ramp onto SH 164. Despite the fact that the patrol cars were empty … END_OF_DOCUMENT_TOKEN_TO_BE_REPLACED