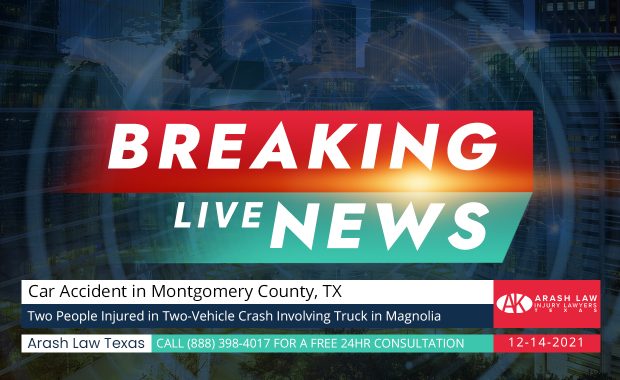 Two people were reportedly hurt after a two-vehicle crash in Magnolia on Tuesday, December 14, 2021. The crash occurred around 9:00 a.m. in the area of 9300 Block of FM 1488. Two people were trapped inside their vehicles as a result of the accident, which involved a passenger car and a truck. According to preliminary reports, a cement truck flipped onto a passenger car, trapping both the truck driver and the … END_OF_DOCUMENT_TOKEN_TO_BE_REPLACED