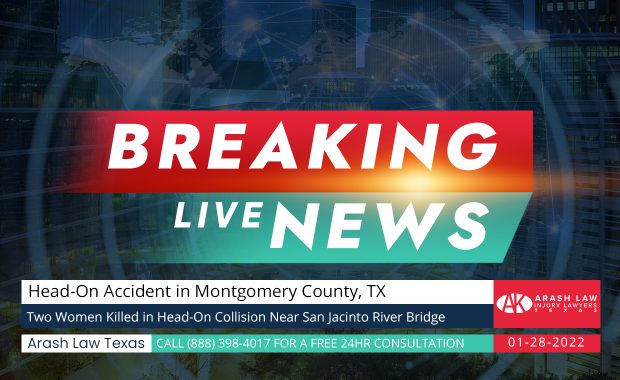 According to the Montgomery County Police Reporter, two women died in a crash on Texas 242 in Montgomery County on Friday, January 28, 2022. The fatal two-vehicle crash happened around 5:00 p.m. on between the San Jacinto River Bridge and Stonecrest Drive. According to the Police Reporter, several calls about the crash came in, and responders discovered a dead 29-year-old woman trapped in a Scion. Another … END_OF_DOCUMENT_TOKEN_TO_BE_REPLACED