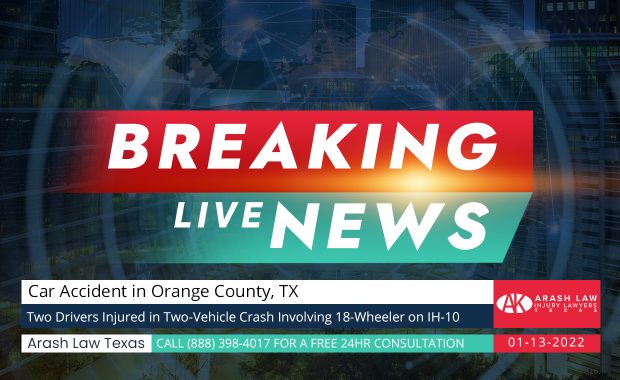 Two drivers were taken to a Beaumont hospital after an SUV traveling the wrong way collided with an 18-wheeler on the interstate in Orange County early Thursday morning, January 13, 2022. The two-vehicle crash occurred at approximately 3:15 a.m on IH-10 in Orange County. According to a news release from the Texas Department of Public Safety, a 26-year-old Bridge City woman driving an eastbound Toyota SUV along … END_OF_DOCUMENT_TOKEN_TO_BE_REPLACED 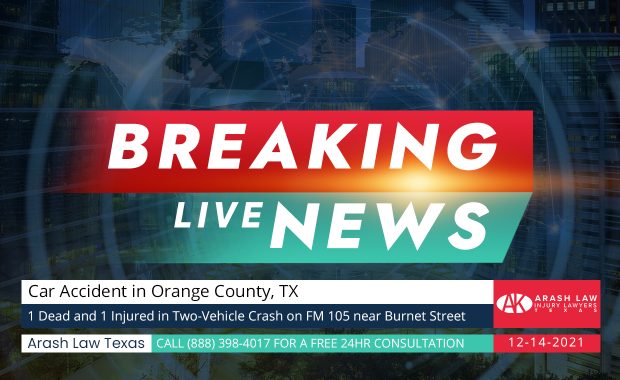 One 26-year-old person identified as Corey S. was killed in a two-vehicle crash on FM 105 on Tuesday, December 14. The crash happened shortly before 1:00 p.m. in the area of FM 105 near Burnet Street. According to preliminary evidence, a 2021 Ford pickup truck was traveling north when a 2018 Honda passenger car pulled out of a driveway into its path. According to the Texas Department of Public Safety, the … END_OF_DOCUMENT_TOKEN_TO_BE_REPLACED 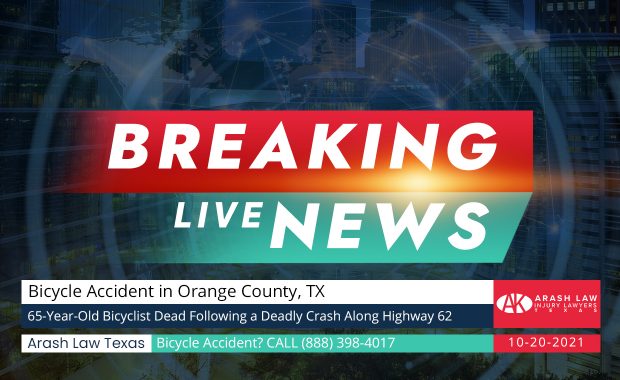 A 65-year-old bicyclist identified as Russel Jay G. lost his life after being struck by an 18-wheeler on October 20, Wednesday. According to Captain Robert E. of the Orange Police Department, the fatal collision happened at about 8:29 a.m. along Highway 62 just north of FM 1078. Medics with Acadian Ambulance were sent to the scene but ultimately declared Gibbs dead at the scene. Preliminary findings show that a … END_OF_DOCUMENT_TOKEN_TO_BE_REPLACED