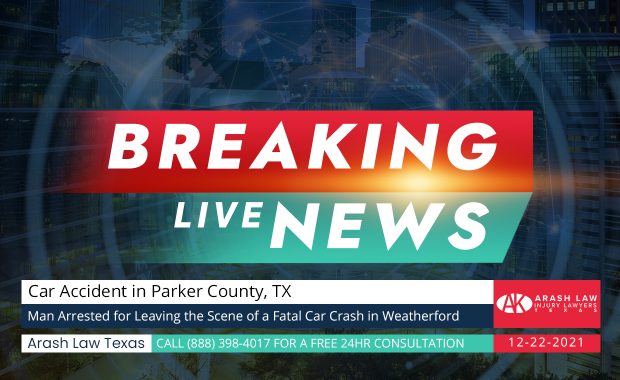 After the two were involved in a crash in Weatherford, a woman died, and a man was arrested for felony evading arrest early Wednesday morning, December 22. The accident happened around 1:30 a.m. in the 2400 block of Ft Worth Highway, according to police. Officers arrived on the scene to find a 36-year-old woman receiving first aid from an off-duty police officer. A 21-year-old man on the scene flagged down … END_OF_DOCUMENT_TOKEN_TO_BE_REPLACED