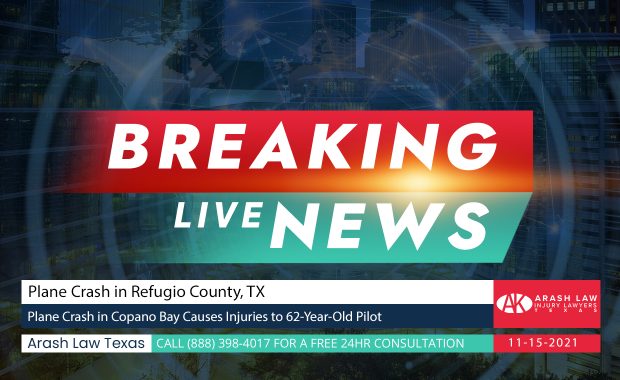 According to the Texas Department of Public Safety, one unidentified 62-year-old pilot sustained minor head injuries in a small plane crash in Copano Bay on Monday, November 15. The crash happened on a Monday in Copano Bay, near Rockport. The pilot attempted to land his Beechcraft Bonanza airplane when he lost both engines at approximately 1,200 feet in the air. The pilot tried to restart the engines but … END_OF_DOCUMENT_TOKEN_TO_BE_REPLACED