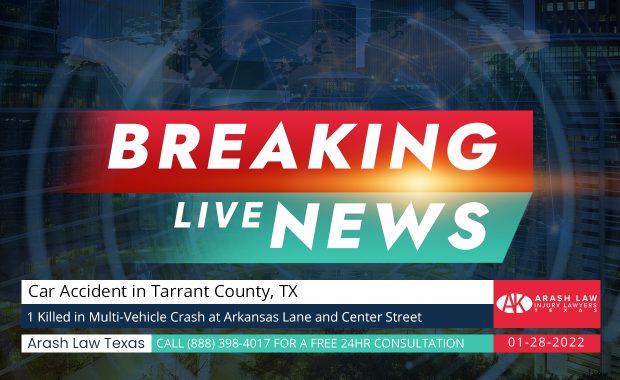 An unidentified motorcyclist was killed in a fatal multi-vehicle collision in Arlington on Friday, January 28, 2022. The fatal multi-vehicle collision occurred around 6:00 p.m. at Arkansas Lane and Center Street. The Arlington Police Department responded to the crash scene after receiving reports of a four-vehicle crash. According to investigators, a motorcycle driver traveling westbound on Arkansas Lane … END_OF_DOCUMENT_TOKEN_TO_BE_REPLACED 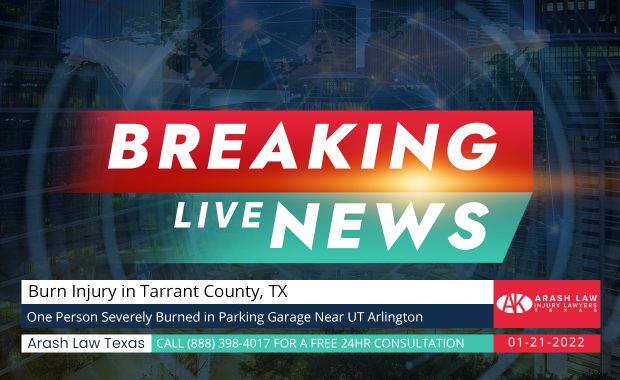 One man was critically injured after a fire in a parking garage near the University of Texas at Arlington campus on Friday, January 21, 2022. The fire broke out around 4:00 a.m. on one of the upper floors of a parking garage for an apartment complex unrelated to the university. Some residents reported hearing gunshots or fireworks and dialed 911. As it turned out, several cars were actually on … END_OF_DOCUMENT_TOKEN_TO_BE_REPLACED 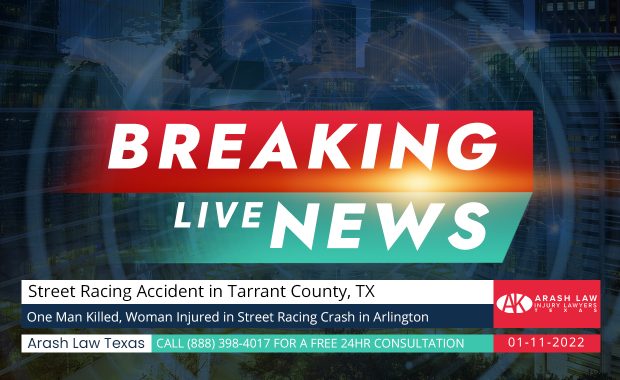 According to police, a 30-year-old man was killed, and a 20-year-old woman was critically injured in a fatal two-vehicle crash caused by street racing in Arlington on Tuesday, January 11, 2022. The two-vehicle collision occurred shortly after 5:00 p.m. on West Green Oaks Boulevard near Lee Drive. According to a police news release, Priscilla R., 45, the driver accused of street racing, faces charges of racing … END_OF_DOCUMENT_TOKEN_TO_BE_REPLACED 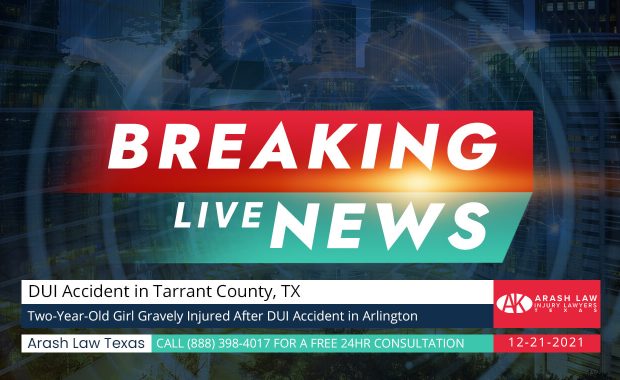 Four people were injured, including a 2-year-old girl, following a DUI crash in Arlington on Tuesday, December 21, 2021. The crash happened at about 8:20 p.m. on Interstate 20 in Arlington. According to preliminary reports, Tyler Hampton, 25, was driving recklessly in a Mazda MX-5 with two adults and two children inside when it slammed into a Toyota Tundra around 8:20 p.m. Tuesday. Hampton was found to be … END_OF_DOCUMENT_TOKEN_TO_BE_REPLACED 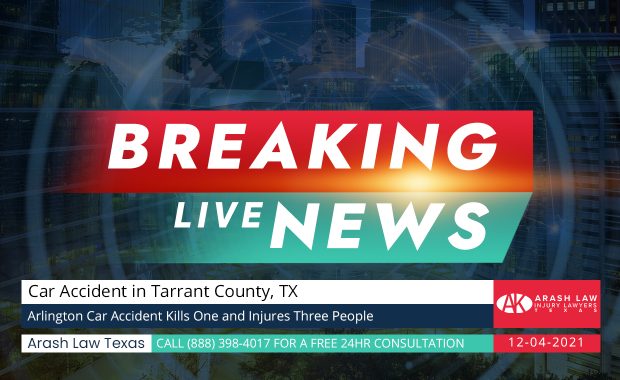 One person was killed, and three people were injured in a two-vehicle wreck near Arlington on a Saturday morning, December 4, 2021. According to authorities, the crash happened around 7:55 a.m. on the 2300 block of S. SH 360. A three-person BMW 381i sedan was traveling southbound on 360 when it stalled in a traffic lane. When a Toyota Tacoma struck the BMW from behind, one of the passengers had already exited … END_OF_DOCUMENT_TOKEN_TO_BE_REPLACED 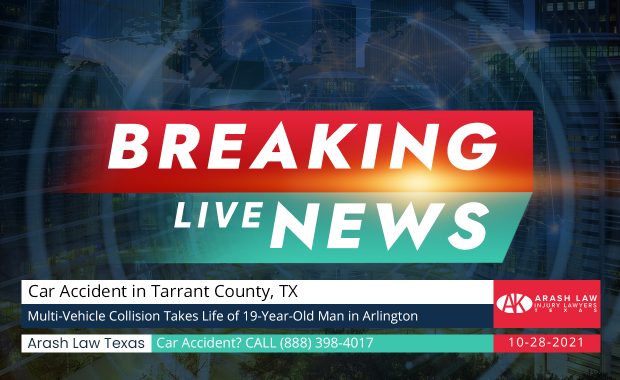 A 19-year-old teen recently identified as Adrian Arbaiza A. was killed in a multi-vehicle crash on Interstate 30 in Arlington early Thursday morning, October 28. The accident occurred around 4:00 a.m. in the westbound lanes near the Green Oaks Boulevard overpass. According to the police, four vehicles, including a motorcycle and a pickup truck, were involved in the tragic accident. Police reports state that one of … END_OF_DOCUMENT_TOKEN_TO_BE_REPLACED 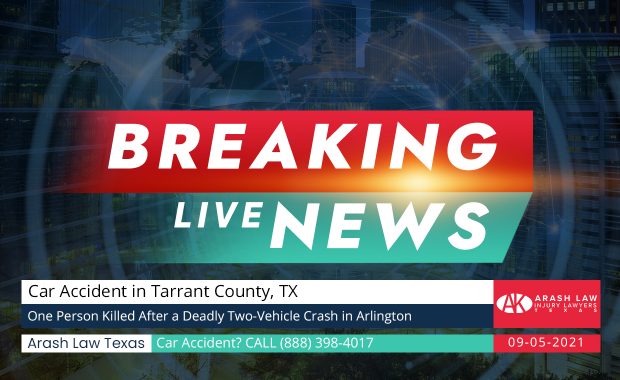 [09-05-2021] Tarrant County, TX – One Person Killed After a Deadly Two-Vehicle Crash in Arlington

One unidentified person was killed after a deadly two-vehicle crash in Arlington on Sunday night, September 5. The accident transpired at approximately 11:00 p.m. in the 3500 blocks of East Interstate 30 in Arlington. A vehicle traveling westbound on I-30 when the vehicle experienced engine trouble and became disabled. The sedan remained inside the traffic lanes because of ongoing construction in the area, making … END_OF_DOCUMENT_TOKEN_TO_BE_REPLACED