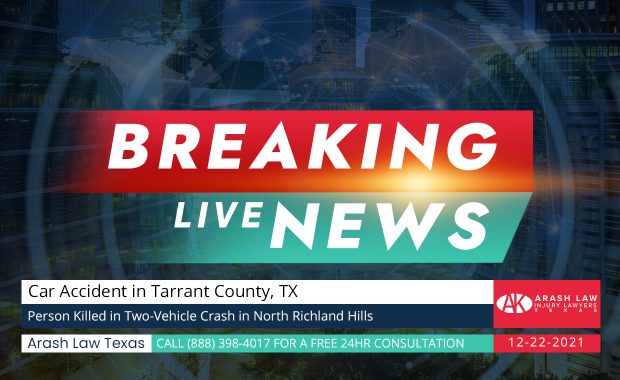 One person was killed, and another was hospitalized with severe burns after a fiery two-vehicle crash in North Richland Hills on Wednesday, December 22, 2021. According to preliminary information, the fatal two-vehicle collision occurred around 7:00 a.m. in a westbound express lane near 820 and Meadow Lakes, close to the Iron Horse Golf Club. Initial reports show the accident involved a fuel tanker and a … END_OF_DOCUMENT_TOKEN_TO_BE_REPLACED 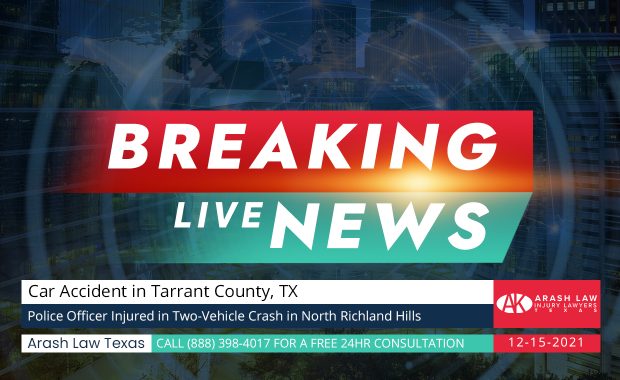 Two unidentified people, including a police officer, were injured in a two-vehicle crash in North Richland Hills on Wednesday, December 15, 2021. Officials said the two-vehicle crash happened just before midnight near Davis Boulevard and Mid Cities Boulevard. The officer, who the department did not identify, was pulled from his police vehicle and taken to a local hospital. Another person involved in the crash … END_OF_DOCUMENT_TOKEN_TO_BE_REPLACED