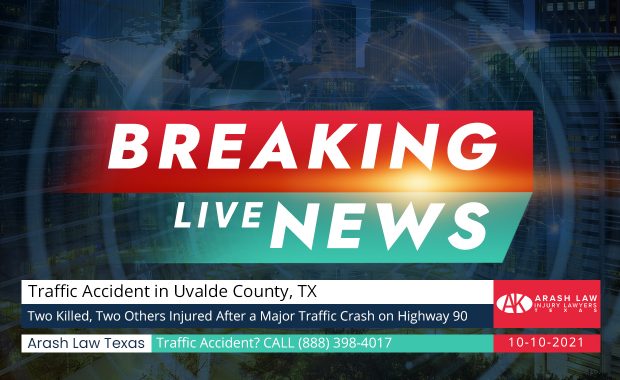 Two people were killed while two others were injured after a traffic crash involving two vehicles on Highway 90 on Sunday afternoon, October 10. The crash transpired at approximately 2:10 p.m. at the intersection of Highway 90 West and Dunbar Lane. A Chevrolet reportedly turned left directly in front of another truck at the intersection, causing the two vehicles to collide. The Chevy truck driver and his passenger … END_OF_DOCUMENT_TOKEN_TO_BE_REPLACED