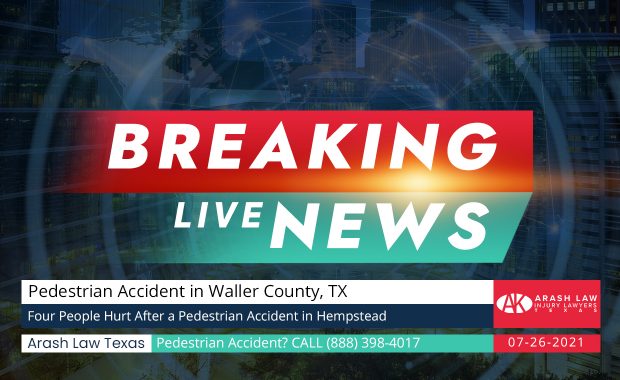 Two women and two children were injured after an auto-pedestrian accident in Hempstead on Monday night, July 26. The major accident happened at approximately 9:30 p.m. in the 700 block of Austin Street near 6th Street in Hempstead. A Chevy Suburban driven by a 62-year-old man struck two adult women and two children in Austin Street. How the crash occurred, and the reason it happened has not been established. Four … END_OF_DOCUMENT_TOKEN_TO_BE_REPLACED