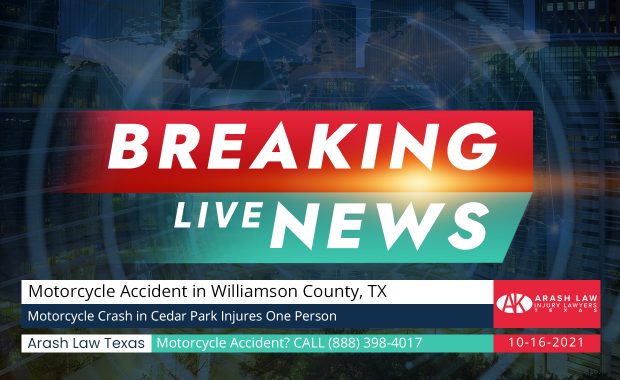 One unidentified person was seriously hurt after a motorcycle collision in Cedar Park on Saturday afternoon, October 16. The motorcycle crash happened on FM 2769 at Abbotsbury Drive in Cedar Park at approximately 4:00 p.m. A motorcycle and a vehicle collided on the roadway for unclear reasons. The circumstances leading up to the crash have not been established. One person was found unconscious by emergency … END_OF_DOCUMENT_TOKEN_TO_BE_REPLACED 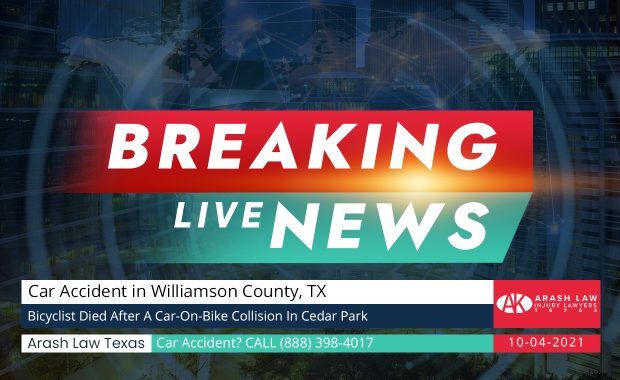 Bicyclist dies as a result of injuries sustained in a car and bicyclist crash in Cedar Park Monday, October 4. The fatal crash occurred at around 11:50 a.m. at the intersection of South Bell Boulevard and East Little Elm. A 28-year-old Corey B. was found after police responded to a notification of a fatal incident between a vehicle and a bicyclist. Been was brought to a local hospital, where he eventually died as … END_OF_DOCUMENT_TOKEN_TO_BE_REPLACED