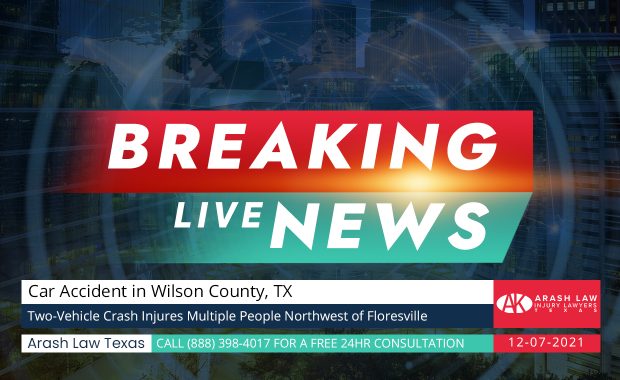 Several people were injured following a two-vehicle crash northwest of Floresville on Tuesday morning, December 7. The head-on collision occurred at about 8:30 a.m. just north of the junction of F.M. 775 with F.M. 1303. While crews responded to the scene, F.M. 1303 in northwestern Wilson County was closed in both directions. According to reports, multiple people were injured, and one person was pinned in a … END_OF_DOCUMENT_TOKEN_TO_BE_REPLACED