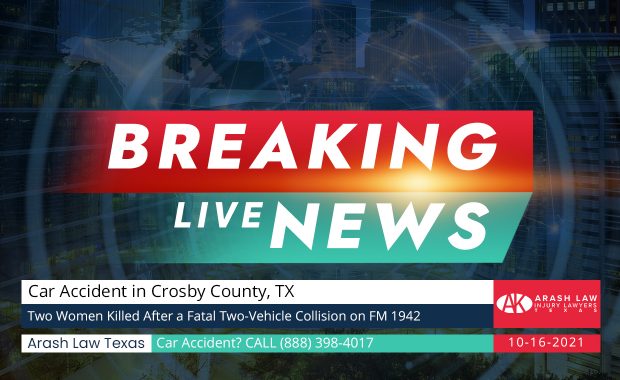 Two women were killed after a deadly two-vehicle traffic collision on FM 1942 on Saturday night, October 16. The deadly collision occurred in the 3300 block of FM 1942, near Camino del Rancho Road, at around 11:15 p.m. A 2001 Nissan Versa occupied by the two women was reportedly backing out of a residential driveway when suddenly struck by a 2012 white Toyota Tundra. Due to the severity of the impact, the Nissan … END_OF_DOCUMENT_TOKEN_TO_BE_REPLACED