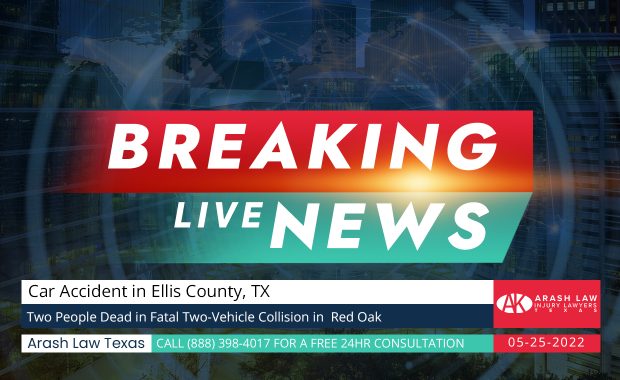 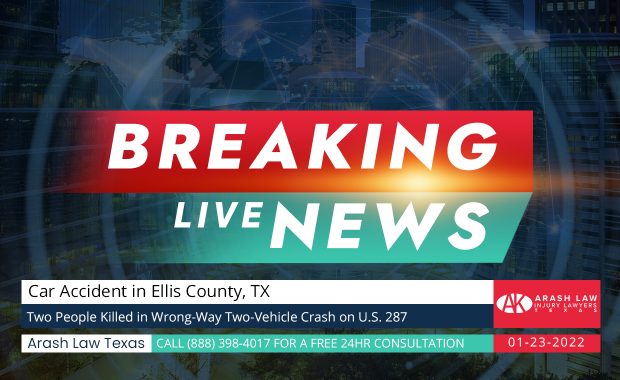 According to Midlothian police, a wrong-way collision on U.S. Highway 287 killed both drivers and injured a child passenger on Sunday night, January 23. The fatal two-vehicle crash occurred at about 8:21 p.m. in the northbound lanes of east Highway 287 in the 5400 block. Only the driver, 83-year-old Bettye S. of Midlothian, was in the vehicle traveling in the wrong direction, according to police. The driver, … END_OF_DOCUMENT_TOKEN_TO_BE_REPLACED

Twenty year-old Austin R. and 52-year-old Steven M. were injured after a two vehicle crash on Interstate 45 near FM 1182, early Tuesday morning. On September 21, at 4:26 a.m., an accident took place on Interstate 45 south of FM 1182. A 2021 white F350 pickup towing a 2012 red Gooseneck trailer was traveling southbound in the left lane, according to Texas Department of Public Safety, with a 2001 silver Honda Accord … END_OF_DOCUMENT_TOKEN_TO_BE_REPLACED