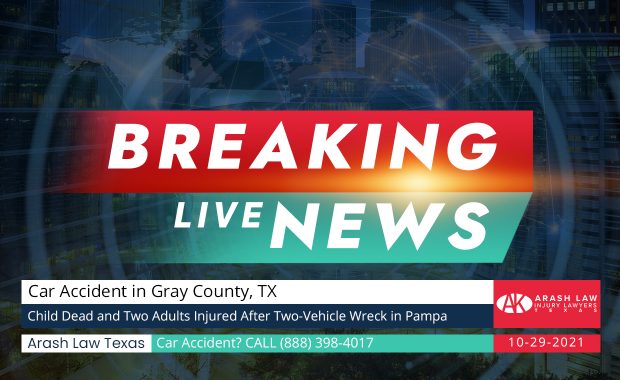 One child was found dead, and two adults were gravely injured as a result of a two-vehicle crash in Pampa on Friday, October 29, 2021. The tragic accident happened around 9:40 p.m. at the intersection of Montegue and Hobart. Pampa Police, Fire, and Gray County EMS were dispatched to the scene of the accident. Two people from one vehicle were left in critical condition and transported to Pampa Regional Medical … END_OF_DOCUMENT_TOKEN_TO_BE_REPLACED 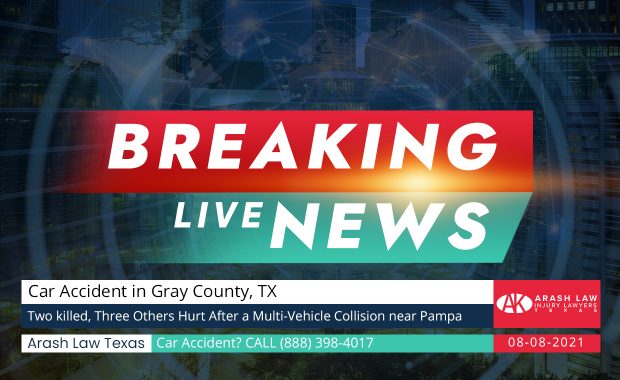 Two people were killed while three others were seriously injured after a multi-vehicle crash west of Pampa on Sunday afternoon, August 8. According to the initial reports from local authorities, the accident transpired at approximately 5:00 p.m. about two miles west of Pampa. One vehicle and three motorcycles were involved in the collision. An eastbound 2009 Chevrolet Avalanche was traveling on SH 152 when it … END_OF_DOCUMENT_TOKEN_TO_BE_REPLACED