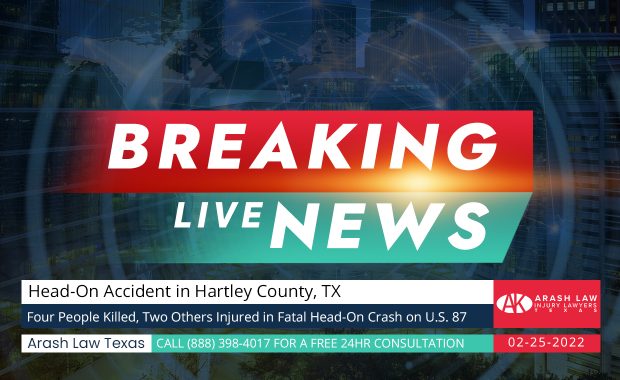 According to the Texas Department of Public Safety, four people died, and two others were injured in a fatal two-vehicle crash in Hartley County on Friday, February 25. The fatal collision occurred around 6:10 p.m. on US 87, approximately seven miles east of Hartley. According to a news release, a 2019 Honda HR-V driven by Maurice J., 33, of Dumas, was traveling west on US 87. At the same time, a 2013 … END_OF_DOCUMENT_TOKEN_TO_BE_REPLACED