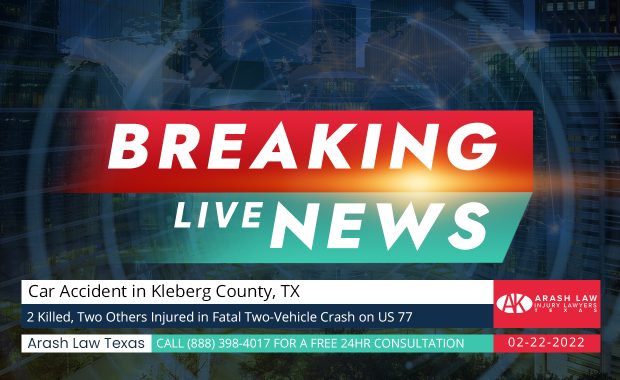 Two people died in a fatal car accident within the city limits of Ricardo on Tuesday night, February 22, 2022. The fatal two-vehicle crash happened at approximately 7:00 p.m. on US 77 and County Road 2160. According to preliminary investigations, the driver and three passengers of a Nissan Versa were traveling eastbound on CR 2160 towards the US 77/CR 2160 intersection. A driver and one passenger in a … END_OF_DOCUMENT_TOKEN_TO_BE_REPLACED 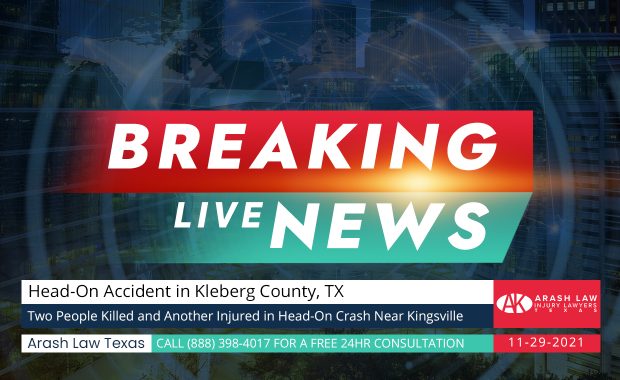 Two people were killed and one person was injured after a two-vehicle crash near Kingsville on a Monday morning, November 29, 2021. The tragic crash occurred around about 11:20 a.m. just west of Kingsville. According to the Texas Department of Public Safety spokesperson, a Chevy Impala drove into a Nissan Infiniti that was westbound on Highway 141. Both the male driver and the female passenger of the Chevy … END_OF_DOCUMENT_TOKEN_TO_BE_REPLACED