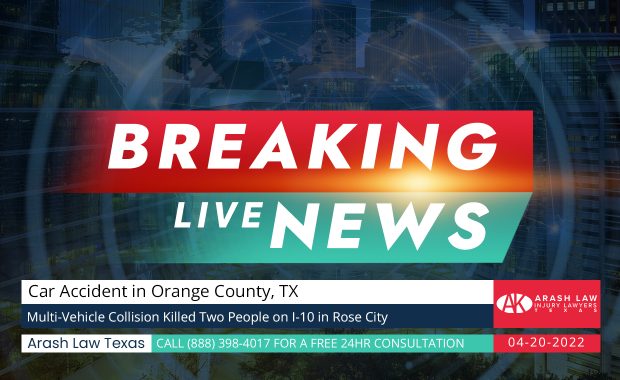 The Texas Department of Public Safety is investigating a multi-vehicle crash after two people died in a wreck involving seven vehicles on Interstate-10 Wednesday, April 20, 2022. According to a Texas DPS release, the fatal crash occurred at 1 p.m in Rose City at mile marker 858. A 2004 Ford SUV was traveling in the inside lane when its back left tire blew out. The Ford SUV's driver lost control and was … END_OF_DOCUMENT_TOKEN_TO_BE_REPLACED 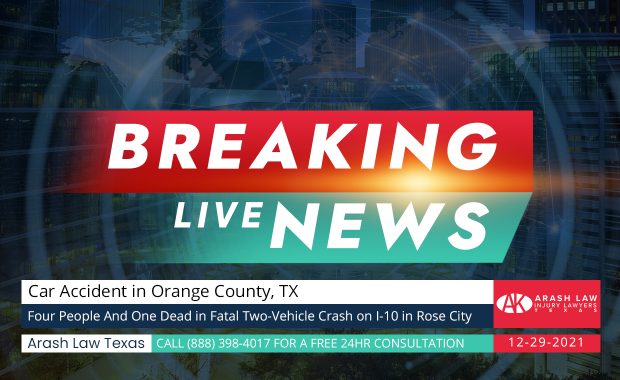 According to the Texas Department of Public Safety, one person was killed, and four people, including children, were injured in a fatal two-vehicle crash in Rose City on Wednesday, December 29, 2021. The fatal collision happened at about 2:00 p.m. at mile marker 857 west of the Asher Turnaround in Rose City. According to a DPS update, a 2010 Chrysler passenger car was traveling west in the outside lane. The … END_OF_DOCUMENT_TOKEN_TO_BE_REPLACED