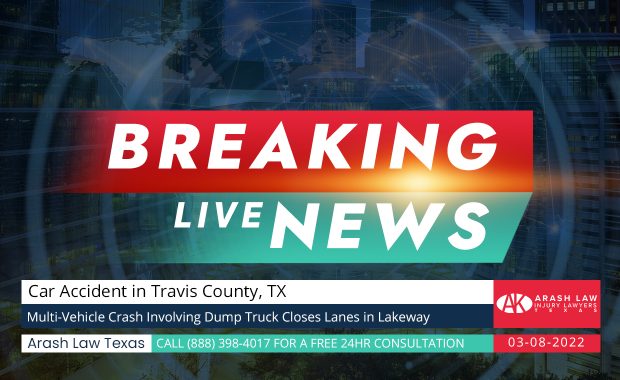 According to the Lakeway Police Department, all lanes of Ranch Road 620 in Lakeway have reopened following a crash involving a dump truck and three cars on Tuesday, March 8. All lanes in both directions were closed at RR 620 and Lohmans Crossing Road shortly after 3:45 p.m., according to police. All lanes have reopened, police said in a 5:20 p.m. update. Officers advised motorists to avoid the area and take … END_OF_DOCUMENT_TOKEN_TO_BE_REPLACED 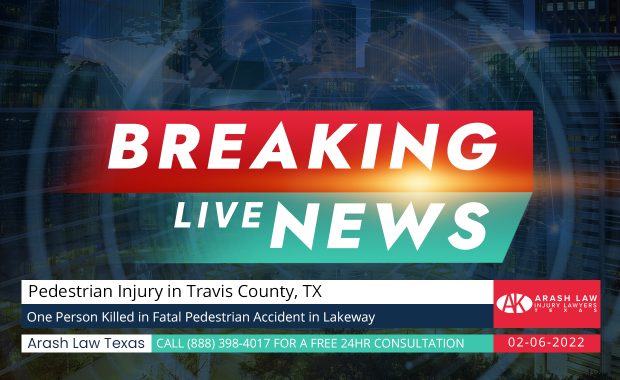 According to officials, one unidentified person died in an auto-pedestrian crash on FM 620 in Lakeway on Sunday, February 6, 2022. The pedestrian accident occurred around 7:00 p.m. on RM 620 near Kollmeyer Drive. According to Austin-Travis County EMS, medics responded to a critical incident on the highway, and the victim was pronounced dead at the scene. Lakeway police tweeted minutes later that they were … END_OF_DOCUMENT_TOKEN_TO_BE_REPLACED