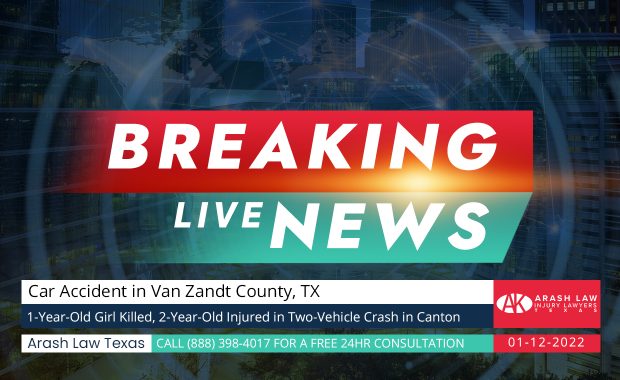 According to the Texas Department of Public Safety, a baby girl from California was killed in a two-vehicle crash in East Texas, and a second toddler is in critical condition on Wednesday, January 12, 2022. The collision occurred shortly after 12:30 p.m. on Interstate 20 in Canton According to a DPS report, San Francisco native Chassity G., 22, was driving westbound on I-20 in Canton in front of an … END_OF_DOCUMENT_TOKEN_TO_BE_REPLACED 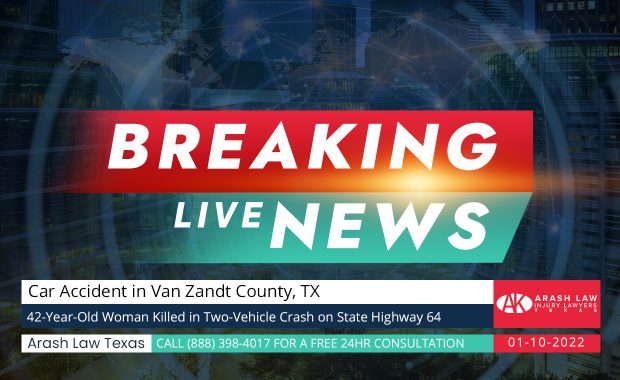 A 42-year-old woman identified as Toni P. of Fruitvale died in a fatal crash east of Ben Wheeler in Van Zandt County on Monday, January 10, 2022. According to preliminary reports, the fatal two-vehicle crash occurred on a Monday afternoon at State Highway 64. The 42-year-old woman was reportedly driving westbound on Highway 64 in a 2015 Mitsubishi Mirage when she was stopped by a school bus that was off-loading … END_OF_DOCUMENT_TOKEN_TO_BE_REPLACED 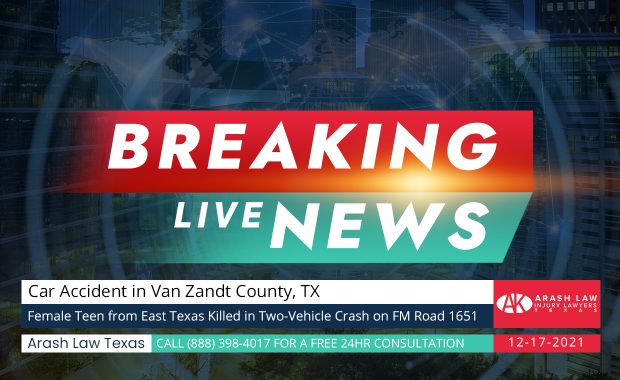 One 18-year-old teen identified as Rachel Ann R. was killed after her acquaintance tried to scare her, which led to a two-vehicle crash in Van Zandt County on Friday, December 17, 2021. The fatal two-vehicle crash happened at about 10:10 a.m. on Farm-to-Market Road 1651, about 10 miles south of Canton. According to the preliminary investigation, 17-year-old Alfonso M. of Canton was driving west on FM 1651. A … END_OF_DOCUMENT_TOKEN_TO_BE_REPLACED 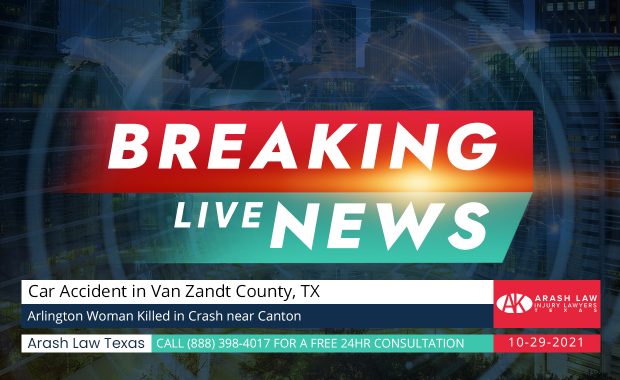 A 33-year-old woman identified as Brenna M. from Arlington was killed in a two-vehicle crash in East Texas on Friday, October 29, 2021. The accident happened around 2:00 p.m. on Highway 19, six miles north of Canton. According to reports, the victim illegally passed another vehicle on the improved shoulder. The victim then lost control of her 2016 Toyota Corolla, traveled across the centerline, and was struck by a … END_OF_DOCUMENT_TOKEN_TO_BE_REPLACED 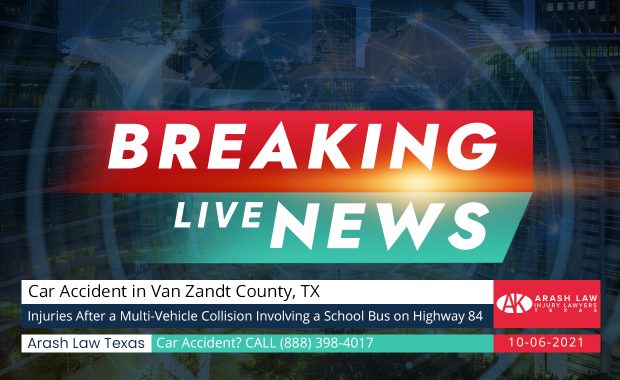 Injuries were reported after multiple vehicles, including a school bus, collided on Highway 64 on Wednesday, October 6. According to the initial reports from local authorities, the crash happened on Highway 64, just east of Canton. Multiple vehicles collided on the roadway under unclear circumstances. One of the involved vehicles was a Canton ISD bus No. 31. Minor injuries were reported in the crash, but the … END_OF_DOCUMENT_TOKEN_TO_BE_REPLACED