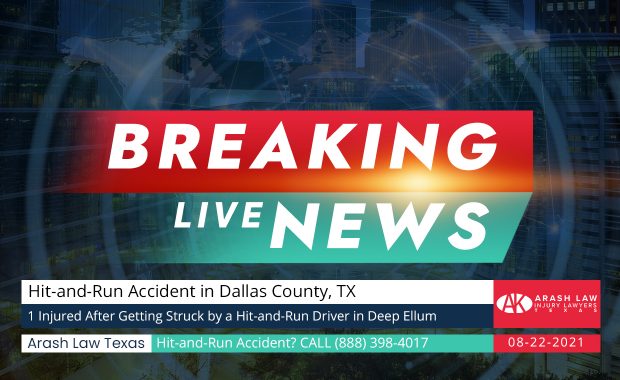 [08-22-2021] Dallas County, TX – Pedestrian Seriously Injured After Getting Struck by a Hit-and-Run Driver in Deep Ellum

One unidentified man was seriously injured after a hit-and-run driver crashed into a pickup truck and a pedestrian in Deep Ellum on early Sunday morning, August 22. The major accident took place in the 2600 block of Elm Street in Deep Ellum at approximately 1:30 a.m. The suspect was reportedly driving a pickup truck erratically at high speeds. He then crashed into another car but continued driving. The suspect then … END_OF_DOCUMENT_TOKEN_TO_BE_REPLACED