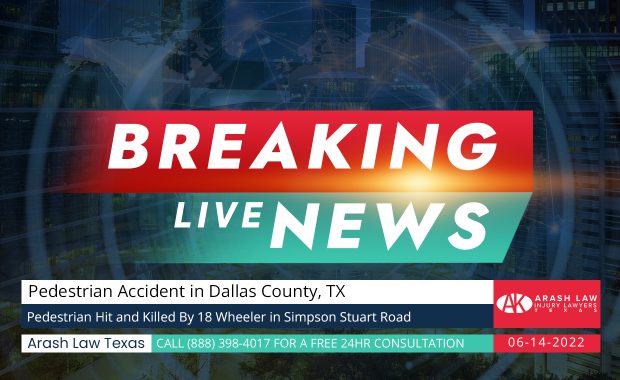 According to the officials, a pedestrian woman died after being hit by an 18-wheeler early in Dallas on Tuesday morning, June 14, 2022. The crash occurred at around 12:47 a.m in the northbound lanes of I-45 near Simpson Stuart Road. That was after people called 911 about a woman who appeared to be hit by a truck. Officials at the scene said first responders performed CPR on the woman. She was eventually … END_OF_DOCUMENT_TOKEN_TO_BE_REPLACED 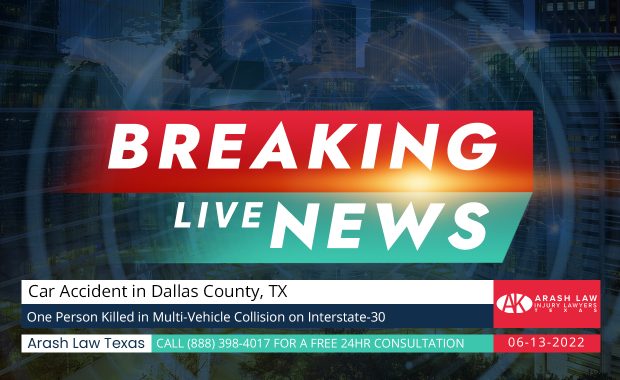 According to the authorities, a man was killed in a multi-vehicle crash in East Dallas Monday morning, June 13, 2022. The deadly crash occurred early Monday morning on Interstate 30 and Dolphin Road in East Dallas. Deputies said the car was stalled in the left lane and a box truck slammed into it. Another car and pickup were also involved in the crash. The driver of the car died in the crash. The drivers of … END_OF_DOCUMENT_TOKEN_TO_BE_REPLACED 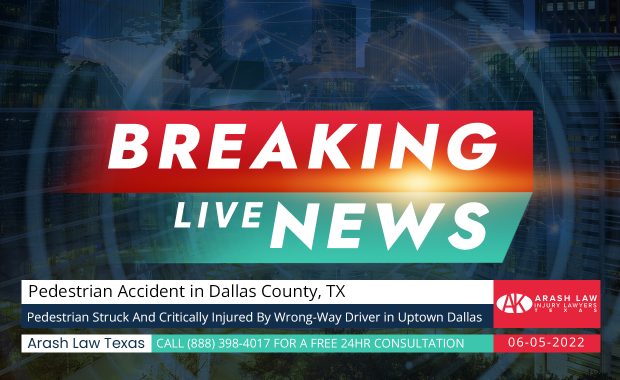 According to the Dallas Police Department, an unidentified pedestrian was critically injured after being struck by a hit-and-run driver Sunday, June 5, 2022. The collision transpired at midnight on Sunday in Lemon and McKinney Avenues. Surveillance images of a dark-colored SUV near Lemon and McKinney Avenues in Uptown Dallas were released by the police. The SUV was going the wrong way on Cole Avenue and hit … END_OF_DOCUMENT_TOKEN_TO_BE_REPLACED 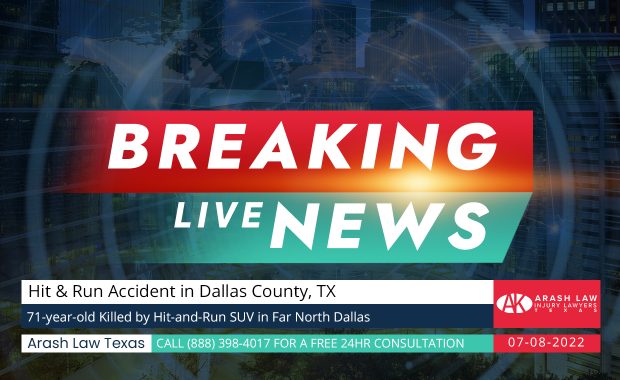 According to Dallas Police, a 71-year-old woman was killed in a deadly hit-and-run crash after being struck by an SUV on Friday, July 08, 2022. The Dallas County Medical Examiner's Office identified the victim as Portia D., 71, of Dallas. According to authorities, the SUV struck a pedestrian shortly after 9:30 p.m. in the 13400 block of Esperanza Road, near U.S. 75 and Interstate 635 in Far North … END_OF_DOCUMENT_TOKEN_TO_BE_REPLACED 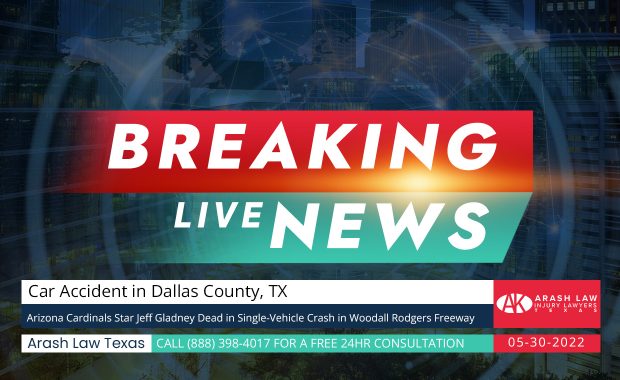 Jeff Gladney, 25, a cornerback for the Arizona Cardinals, died in a single-vehicle car crash in Dallas Monday morning, May 30, 2022. The fatal crash occurred at about 2:30 a.m. on a service road for the Woodall Rodgers Freeway in Dallas. According to the Dallas County Sheriff's Department, a vehicle was speeding on the Woodall Rodgers Freeway when it clipped a vehicle in front of it and lost control before … END_OF_DOCUMENT_TOKEN_TO_BE_REPLACED 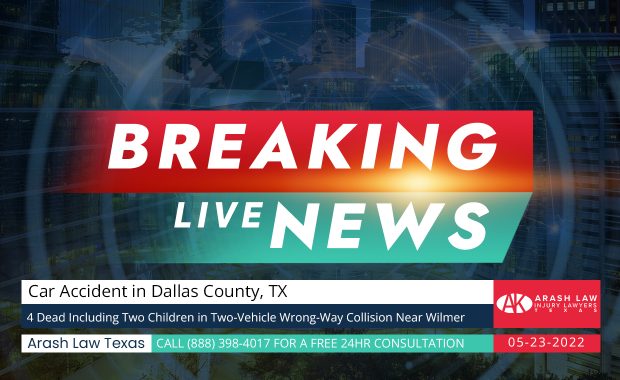 The police in North Texas are investigating a two-vehicle wrong-way crash that killed four people, including two children, on Interstate-45 Monday, May 23, 2022 The fatal collision transpired around midnight on I-45 in Dallas County near Wilmer. A wrong-way driver was reported to police heading north in the southbound lanes of I-45, driving without headlights in the total darkness last night. Ferris Police … END_OF_DOCUMENT_TOKEN_TO_BE_REPLACED 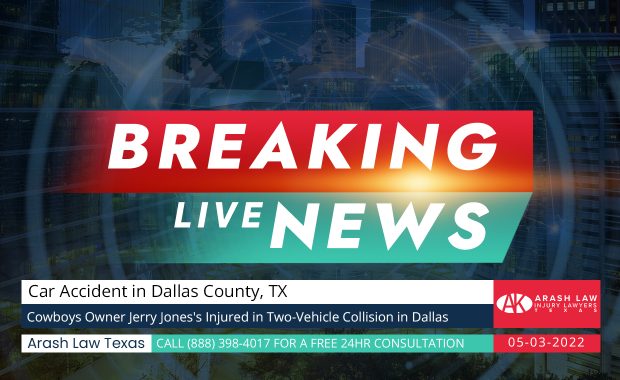 A two-vehicle crash injured two people involving Cowboys owner Jerry Jones in Dallas Victory Park Tuesday, May 3, 2022. The crash occurred at around 8:00 p.m. in the area where Harry Hines Boulevard crosses Wolf Street in the Dallas Victory Park neighborhood. Jones' car collided with the silver car's side as the driver attempted a left turn from the outside lane. Jones walked with a slight limp … END_OF_DOCUMENT_TOKEN_TO_BE_REPLACED 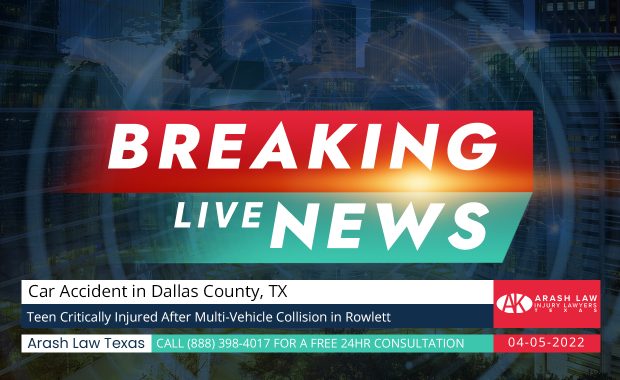 According to the police, a North Texas woman is fighting for her life in a hospital after being involved in a multi-vehicle crash on Locust Street Tuesday, April 5, 2022. The collision occurred at 3:52 p.m. At the intersection of Rowlett Road and Locust Street, officers from the Rowlett Police Department were dispatched. According to police, the car accident appeared to involve three vehicles. A 19-year-old … END_OF_DOCUMENT_TOKEN_TO_BE_REPLACED